Theatrical San Francisco band releases a rock opera about the dangers of television with relevance to the Internet age.

In 1979, Bay Area band The Tubes put aside its comedy shock-rock for a serious, straight-ahead concept album. Like Pink Floyd’s The Wall (released eight months after Remote Control) and The Who’s Quadrophenia, this is a rock opera that follows a hero’s descent into madness; here, a man’s obsession with watching television causes him to grow dangerously detached from the outside world. Unlike most rock operas, this was released without elaborate packaging, printed lyrics, or double-album length, its chilling narrative told in just eleven songs. 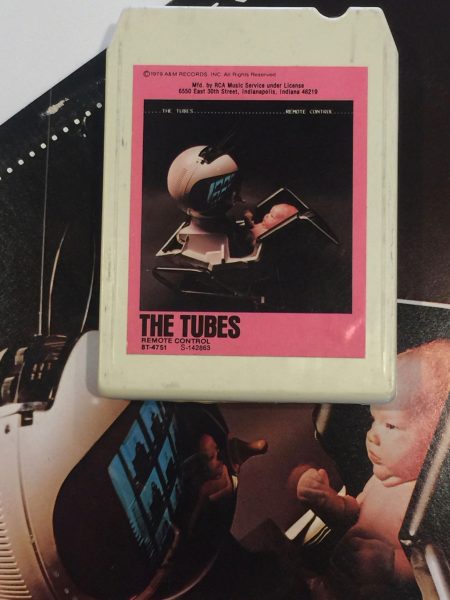 In Remote Control, a young man craving stimulation (“Turn Me On”) finds it within the realm of television (“T.V. Is King,” “Prime Time”). Compared to this seductive fantasy world, real life seems frustrating and bland in comparison (“I Want It All Now,” “No Mercy”), leaving him lonely. Miraculously he gets a date with a real-life woman (“Be Mine Tonight”), but it ends badly (“Love’s A Mystery (I Don’t Understand)”). Heartbroken, he tries to end it all by overdosing on TV (“Telecide”), but finds himself trapped inside the TV world instead. (The great-sounding 8-track tape juggles a few songs but preserves the essential narrative flow, especially in the heartbreak and desperation finale.)

On this fourth studio album, the Tubes engaged Todd Rundgren as producer. As usual, Todd brought considerable studio gloss and his own songwriting to the project; the modern, keyboard-rock sound resembles Adventures in Utopia, issued by Rundgren’s band Utopia later that year. Todd co-wrote the lush, sincere ballad “Love’s A Mystery (I Don’t Understand),” which resembles his 1978 hit “Can We Still Be Friends” but failed to break through. But the Tubes did manage a minor chart success; like “Don’t Touch Me There,” “Prime Time” was a sexy, taunting duet between singers Fee Waybill and Re Styles; it earned the band a UK Top 40 placement. (Article continues after song…)

As well as being a solid pop album and fascinating rock opera, Remote Control is an intriguing work of media criticism. The album cover — a baby with a nursing-ready TV set — is a visual play on The Glass Teat, the title of Harlan Ellison’s 1970 collection of scathing, anti-TV essays. “They’ve taken the most incredibly potent medium of imparting information the world has ever known,” he writes, “and they’ve turned it against you. To burn out your brains. To lull you with pretty pictures.” (Note that Remote Control references TV’s domination of the viewer, not the other way around.) (Article continues after song…)

The album’s lyrics also reference FCC criticism (TV as a “vast wasteland”) and the film Network (“I’m mad as hell and I’m not gonna take it anymore!”). Remote Control is said to have been inspired by Jerzy Kosinksi’s 1970 novel Being There (issued as a film late in 1979). Of course, this story of a White House dweller who gets all his information from television could never happen in today’s world — right? 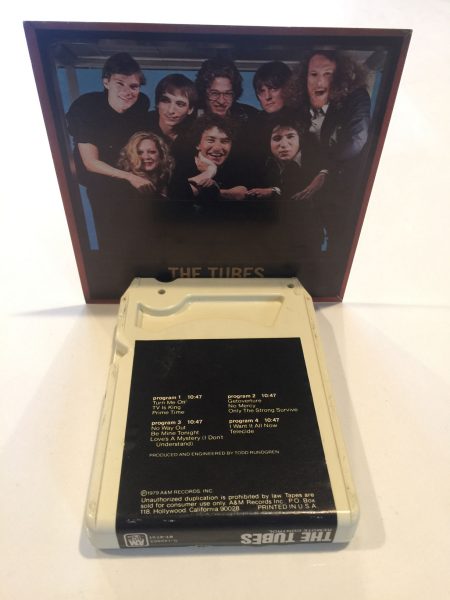 Almost forty years after Remote Control, TV seems less of a menace than it once was, overshadowed by the heady pleasures of the Internet and social media. Yet maybe The Tubes saw it all coming. Their story of media addiction was recorded near the home of an even more addictive medium; Menlo Park’s Music Annex Studios were less than a mile from the present-day campus of Facebook. 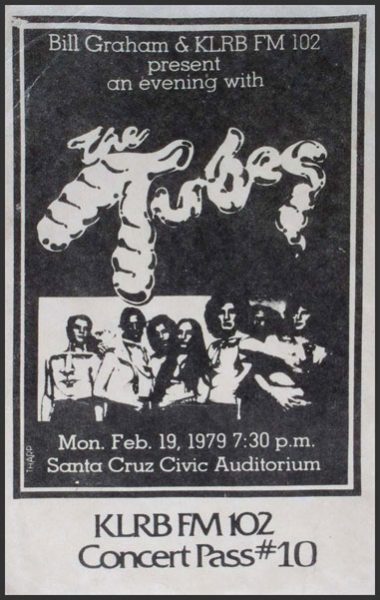 (Footnote: I saw the band perform live at Santa Cruz Civic February 19, 1979; if memory serves the entire album was performed in its entirety as a first-act set piece. Highlights of the album as well as other Tubes classics were issued on Live at the Greek, a VHS tape shot on the same tour.)

The Tubes: Live at the Greek