For week three of our Beatles feature, here’s the soundtrack to a spoof history of the band that’s a great retro-pop album — no joke.

Any good? This is a fantastic collection of groovy pop songs you don’t have to be a Beatles fan to love.

What’s with the fake Beatles album covers? That album is the soundtrack to a 1978 US comedy TV special (All You Need Is Cash) that’s a parody history of the Beatles. 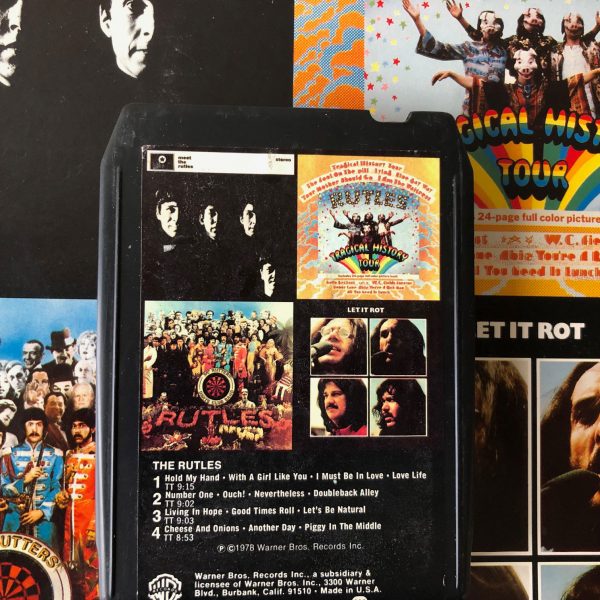 And how about the terrible band name? It comes from Rutland, a tiny British region spoofed by Monty Python alum Eric Idle in his cheap but funny TV series Rutland Weekend Television. Idle shot a retro Rutles film clip for the series that caught on when it was shown on America’s Saturday Night Live in 1977. (As a name, The Rutles is no worse than The Rattles, a German beat group that the Beatles played with in Hamburg circa 1962.)

So this is a Monty Python thing? Really it’s just Eric Idle, though fellow Python Michael Palin also puts in a cameo.

Who made the music? British comedy rocker Neil Innes, whose group Bonzo Dog Doo-Dah Band had worked with the Beatles, wrote all the songs. For the film, Innes formed a band that (mostly) played themselves onscreen as Beatles clones. For his McCartneyish character, Idle mimed to vocals and bass playing provided by others.

Who else joined the party? Co-producer and Saturday Night Live mastermind Lorne Michaels brought Belushi, Aykroyd, Radner, and Murray on board to play hilarious cameos. Mick Jagger and Paul Simon play their rocker selves reminiscing over the awfulness of the Prefab Four. Idle’s pal, ex-Beatle George Harrison, emphatically supported the project and plays a bearded, clueless TV journalist in the film. 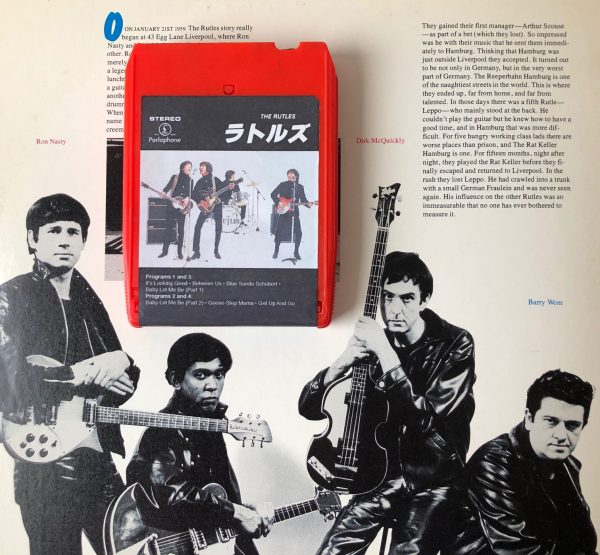 Funny or trainwreck? Since there were no full-length Beatles documentaries in 1978, All You Need Is Cash served as the first band retrospective. It was a big hit with fans due to its hundreds of nods to Fab Four trivia. Thankfully for non-fans, the comedy isn’t limited to insider in-jokes, but offers lots of groan-worthy mainstream gags. Example: “His father was such a snob that he wore a pair of swimming trunks in the bathtub, in order to avoid looking down on the unemployed.”

So it was a big deal? Sadly, few fans managed to catch its March 1978 NBC broadcast, but its UK showing a few days later was better received. The film didn’t become a cult classic until its 1983 release on home video, at which point its countless punchlines (“I think it was the trousers”) would become catchphrases for knowing rock fans.

Does it sound like the Beatles? A lot more than Klaatu, frankly; Innes and his Rutles studio band really nailed the full arc of the Beatles sound, from eager Northern beat group to wasted London hippies. At the time, most of the Rutles songs were quickly traced to Beatles sources: “Number One” sounds like “Twist and Shout”; “Piggy in the Middle” is a clear rip of “I Am The Walrus.” Listening nowadays, though, the joy is hearing the album as an unreleased Beatles project — or just a fine record by a group of skilled Beatles enthusiasts, which is what the Rutles were anyway.

Did anyone think it was the Beatles? Nah, everyone knew it was a joke. But before the special and album came out, there was a minor hoax that might have tricked a few folks. When Eric Idle hosted SNL in early 1977 and brought his Rutles film clip, Neil Innes performed an early version of “Cheese and Onions.” The audio from this appearance turned up on Indian Rope Trick, a vinyl bootleg from later that year (and before the TV special); the track was listed as “a solo John L. out-take. 1974 (?)”

So there were two 8-tracks? No, just one, the one with the album covers; the other is my fake “custom” tape. The film included too many songs for the single LP soundtrack (and John Lennon thought “Get Up And Go” sounded too much like “Get Back,” which might rile the lawyers), so six were left off until the 1990 CD version of the album. Rhino’s recent vinyl reissue put the missing six songs onto a bonus 7” ep, so I decided to do an 8-track edition of it. I had to break one song for my tape, but the Warner Bros. 8-track presents all 14 album cuts in a fairly chronological flow without splitting any of them. Recommended! 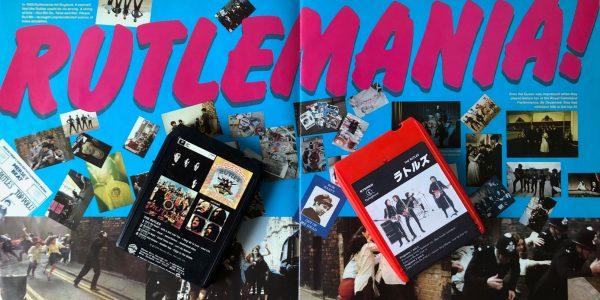