Three tapes rich with stories, characters, and music-hall sounds from the late-’60s Kinks. 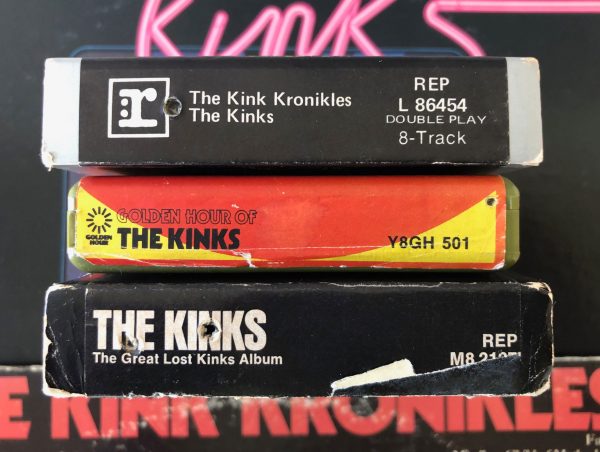 The Kinks went through many phases in their long career; after just eight years, they’d already been through a couple. The band’s first era yielded a series of urgent, punky singles a la the Stones and Who, gathered on the US Reprise Greatest Hits! But it’s their second period — what Wikipedia calls their “Critical Success” stage — for which the Kinks are probably best loved.

Starting with “A Well Respected Man” and “Dedicated Follower of Fashion,” leader and songwriter Ray Davies crafted a series of witty, satiric tales featuring memorably oddball characters, all distinctly British. These stories were underscored with music that borrowed from music hall, Tin Pan Alley, and country-western along with rock and blues. This incredible arc carried through five albums — Face to Face, Something Else, The Village Green Preservation Society, Arthur, and Lola Versus Powerman — and a torrent of lovely, quirky singles. 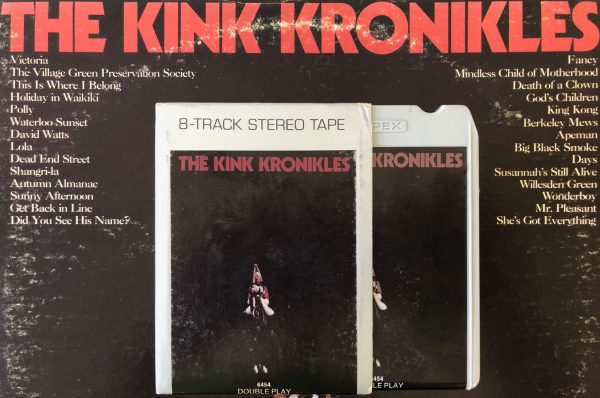 In America, a few of these 45s made the charts and the albums sold okay, but Reprise thought they could do better. In 1972 they asked Kinks fanatic John Mendelsohn to compile a hits-and-rarities collection for the US market, as many UK smashes went unheard over here. Picking up where Greatest Hits! left off, The Kink Kronikles dug deep into British singles and album tracks to paint a definitive portrait of the Kinks’ most influential era.

To help listeners appreciate the scope of Davies’ songwriting, Mendelsohn grouped songs into four lyrical themes — places, ambition, characters, women — each on its own album side, adding copious liner notes to fill in the details.

Between big US hits such as “Lola,” “Apeman,” and “Sunny Afternoon” he tucked lesser-known gems like “Big Black Smoke,” “Berkeley Mews,” and the bittersweet classic “Days,” making the album essential both for Kinks fanatics and newbies alike.

Meanwhile, the UK had just released its latest Kinks kollection, Golden Hour of the Kinks, which squeezed twenty of the band’s hits onto a single slab of vinyl. 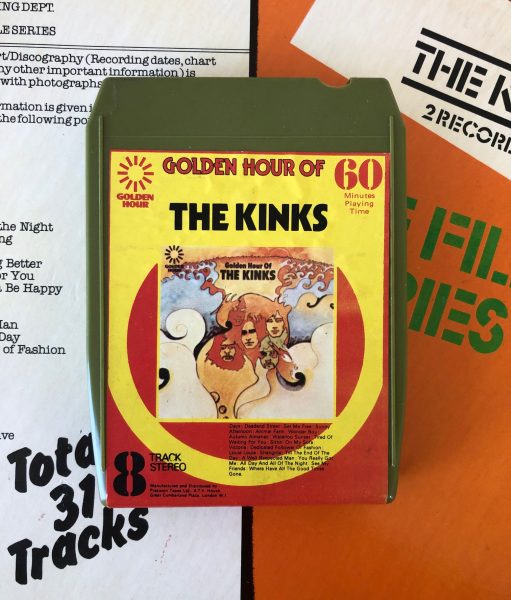 This was a fairly complete sampling of the band’s Pye singles to date, including a few classics not on the US Greatest Hits! or Kink Kronikles (“See My Friends,” “Animal Farm,” “Where Have All The Good Times Gone”). (1977’s The File Series is a more succinct rundown of hit singles, and most are in original mono.)

Back in the US, Reprise hoped to reprise the success of Kronikles with The Great Lost Kinks Album, a collection of mostly unreleased songs recorded between 1966-70, once again compiled and annotated by John Mendelsohn. 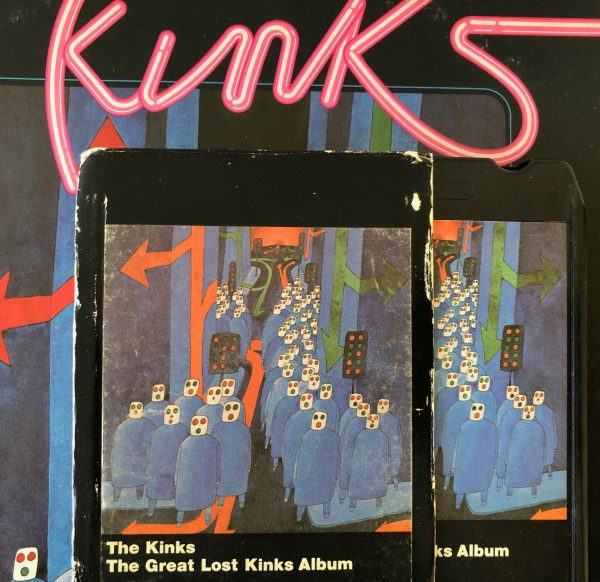 These outtakes had been provided to fulfill the band’s Reprise contract, with the understanding that they remain unreleased. Learning that they’d been issued anyway, the band quickly filed suit, and the album was soon withdrawn and never reissued, making it instantly collectible.

Since most tracks were recorded around the time of the highly regarded Village Green Preservation Society, I wish I could tell you that this was a treasure trove of Kinks klassics. Alas, weak lyrics render most ‘Lost’ songs trivial rather than profound. Still, the music is bouncy and strong; it’s a fun listen if you manage your expectations. Highlights include “Where Did My Spring Go?” (“Where did the pleasure go? Where did my hair go?”), a comic look at old age, “Lavender Hill”, and the driving “Misty Water.” Still, it’s telling that the best thing here is an overlooked B-side from 1966, the searing “I’m Not Like Everybody Else.”

8-track notes: Since many double albums were split over two tapes, it’s great to have the entire Kink Kronikles double album on a single cartridge. Mendelsohn’s thematic groupings are mostly retained, with a few odd swap-outs (“King Kong” gets thrown in with the “women” songs). Sadly, great opener “Victoria” and closer “Days” get moved into less prestigious spots. The Golden Hour 8-track sounds much better than its vinyl counterpart, whose extreme microgrooving resulted in muffled sound and surface noise. Program 3 is terribly British, featuring “Victoria,” “Dedicated Follower of Fashion,” and “Shangri-La” (with “Louie Louie” in the middle just to mix it up).

Bonus listening: Greatest Hits! from 1966 was issued on 8-track a few times, always with two broken songs (ten into four won’t go). 1984’s A Compleat Collection (a double LP issued on 8-Track by Columbia House) covers the early beat-group era more deeply than Greatest Hits!, adding essentials such as “Stop Your Sobbing,” “Where Have All The Good Times Gone,” and “Who’ll Be The Next In Line.” Both Greatest Hits! and A Compleat Collection include the stellar album track “Something Better Beginning” — reason enough to venture past the three tapes featured here.