Late in its brief career, LA’s mystical acid-blues band drops a memorable album free of hits but full of treats. 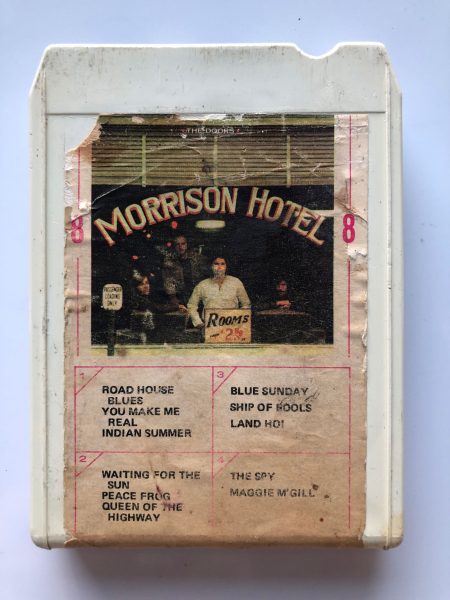 Before Jim ascended to that great snakepit in the sky, the Doors put out six studio albums. Conventional wisdom holds that the first (The Doors) and the last (L.A. Woman) were strongest, with quality dipping a bit mid-career. There’s certainly some truth to this, with treacly pop #4 The Soft Parade easily the nadir. However, album five, Morrison Hotel, is actually pretty fantastic, with nary a bad song nor sour note. Since it didn’t have an actual hit single (radio favorite “Roadhouse Blues” was a B-side that only went to #50), it tends to be overlooked. If you haven’t visited the Hotel in a while (or ever), let’s “check in” and check it out.

No epics. Jim always had that mystical poet side, and some of the Doors’ best moments onstage were the long, experimental, partly spoken numbers such as “The End” and “When The Music’s Over.” Though these translated well into long album cuts, they could be a bit much if you weren’t in the mood for the “weird Jim.” Like Waiting for the Sun (album three), Morrison Hotel limits itself to relatively short pop songs, and is thus easier to enjoy any time of day, in any state of mind. 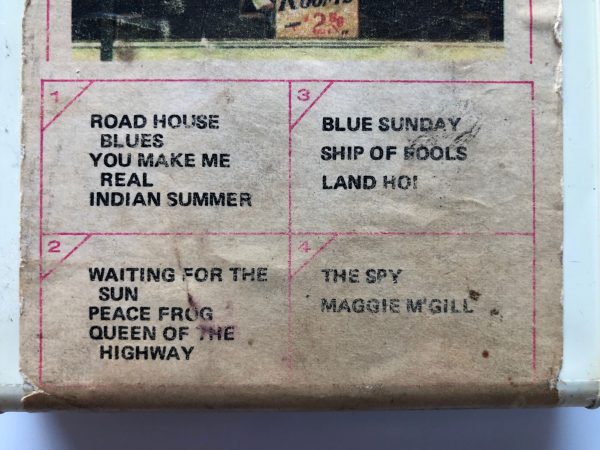 Mostly happy. Eh, is that a plus? Well, remember we’re talking about the Doors here, whose brightest moments were still pretty dark and glum. So they achieve a really nice tension giving a lyric like “The human race was dyin’ out / No one left to scream and shout” (“Ship of Fools”) a carefree, bubblegum feel — you’re forced to smile while singing along.

Best dance song. During my mercifully short bar-DJ career, I searched for a cool and funky Doors song to rock the crowd and could find none better than “Peace Frog.” Guitarist Robbie Krieger strikes a tuff wah-wah guitar rhythm, John Densmore lays out a sick backbeat drum groove, and Ray Manzerek drops in some pulsing organ stabs. The song would be da bomb even without Morrison’s vocal, but his apocalyptic lyrics (“blood stains the roofs and the palm trees of Venice”) just send this one over the top. (Sadly the 8-track breaks the exquisite transition into the mellow “Blue Sunday.”)

Best drinking song (tie). The beloved boogie shuffle “Roadhouse Blues” features the immortal party-hound lyric “I woke up this morning and I got myself a beer.” In the Doors pantheon this is rivaled as a frat-boy singalong only by “Alabama Song” from the debut (“show me the way to the next whiskey bar”). Still I’ll give the nod to “Roadhouse Blues,” since beer is the great equalizer of truckers, hipsters, and judges. (Fun fact: this lively, spontaneous number was actually the product of countless studio takes, only coming to life with the arrival of Lonnie Mack on bass, John Sebastian on harmonica, and Manzarek on a tack piano used on the Beach Boys’ “Good Vibrations.”)

Looking back. As well as showing where the band was at in late 1969 – early 1970, Morrison Hotel flashes back to sounds and styles from years past. Two tracks are earlier outtakes, both of such high quality it’s surprising they were passed over originally. The lovely “Indian Summer” was recorded during The Doors sessions in 1966; Krieger’s modal Eastern-sounding guitar work recalls “The End.” Like Led Zeppelin’s “Houses of the Holy,” “Waiting for the Sun” was maddeningly omitted from the album (1968) that bears its name. “Queen of the Highway” and “You Make Me Real” are new recordings of earlier compositions.

Ska by chance. Though the off-beat rhythm of “Maggie M’Gill” resembles Jamaican ska and rocksteady music, this was probably accidental: it doesn’t sound much like Desmond Dekker’s 1969 hit “Israelites,” the only ska song the Doors might have heard. However, Krieger’s slashing chords (starting at 0:33) may well have been an influence on The Clash’s similar “The Guns of Brixton” almost a decade later.

Grittiest album photo. Morrison Hotel was an actual place in downtown Los Angeles (I remember seeing it circa 1983). The band couldn’t get permission for a photo shoot at the hotel, so while the desk clerk was distracted they dashed inside and posed for Henry Diltz’s memorable cover shot. 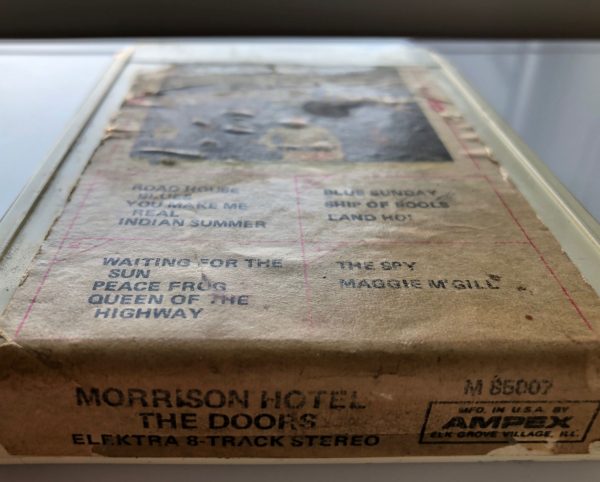 LA via Illinois. Like many labels at the time, Elektra didn’t have the capacity to produce its own 8-track tapes, so production was farmed out to the Ampex plant in Elk Grove Village, Illinois. (If you want to geek out on cartridge tech, here’s a detailed description of the factory’s tape-duplication process.) Though usually great-sounding, Ampex tapes of this vintage suffered from a manufacturing flaw: the roller component was made of uncured rubber that would slowly soften or even melt. Happily this part had been replaced by a previous owner, allowing this memorable cart to roll, baby, roll… all night long. 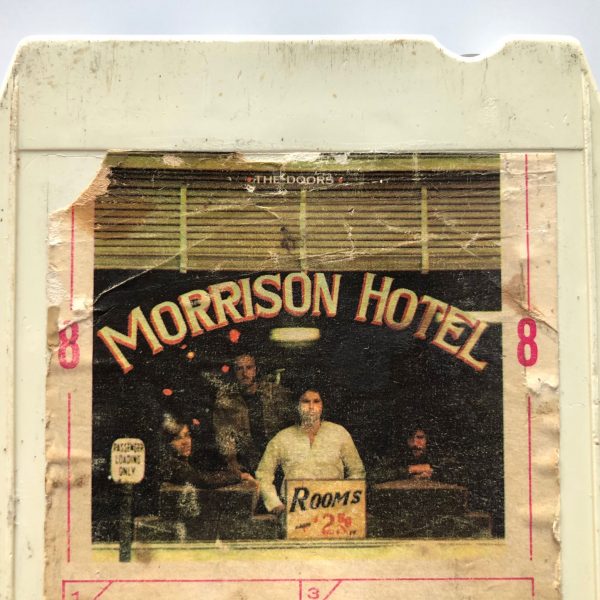