Whether you’re strictly red or solid blue, you’ll want your voice heard in 2018’s midterm elections. Let the Chi-Lites cheer you on. 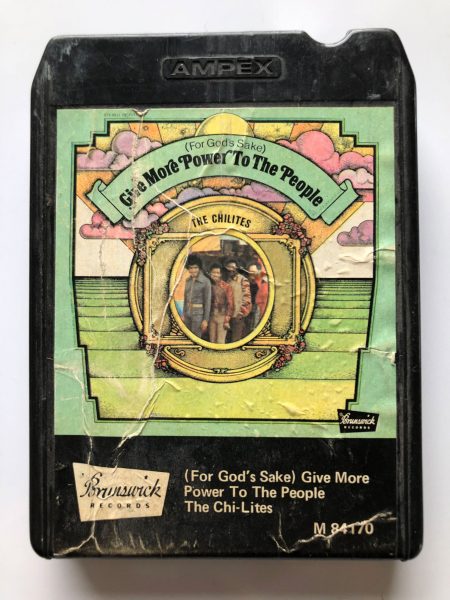 By early 1971 the phrase “power to the people” had become a familiar cry in protests against the so-called “establishment” and the Vietnam War. Just as John Lennon borrowed it for his rollicking anthem, Chicago soul group The Chi-Lites put their own spin on the slogan. Opening with an arresting Moog surge, “(For God’s Sake) Give More Power To The People” scorns the “people up there hoggin’ everything / Tellin’ lies, givin’ alibis” and vows to “get on up and get some more of it,” meaning not only cash but control. Musically, the record is an homage to classic (pre-Riot) Sly and The Family Stone, from its tradeoff lead vocals to the badass guitar riff borrowed from “Thank You (Falettinme Be Mice Elf Agin).”

This hard, funky sound was a slight departure for the Chi-Lites (pronounced “shy-lights”), whose falsetto leads and smooth harmonies were closer to fellow Chicago group The Impressions. (The Chi-Lites also borrowed Curtis Mayfield’s knack for concealing heavy political content within a soft-sounding soul record — a velvet monkey-wrench, if you will.) 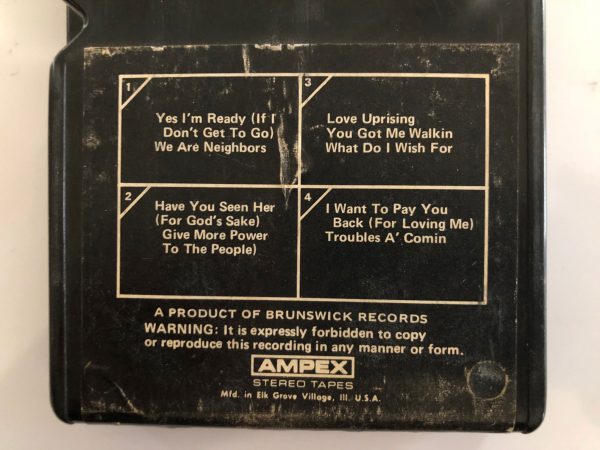 Another big influence was the recent Temptations record “Just My Imagination (Running Away With Me).” In response, the Chi-Lites came up with an equally lush ballad that would become their signature song; “Have You Seen Her” poignantly describes a heartsick man searching in vain for his missing love. It alternates spoken passages (“I keep sayin’ she’ll be back / But today again I’ve lied”) with surging, yearning harmonies. Running an epic five minutes long (even on 45), the song dropped its spoken passages for a shorter radio edit.

Both songs were included on a mid-1971 album named for the leadoff single. The fact that every song here is gorgeous is no surprise if you’re familiar with Eugene Record, the Chi-Lites’ lead singer and songwriter. The endlessly creative Record not only wrote most of his own group’s hits but penned and produced nonstop gems for his Brunswick labelmates in the late ’60s and early ’70s (a personal favorite is Young-Holt Unlimited’s infectious “Soulful Strut”). Program 3 of the 8-track features a trilogy of Record’s sumptuous soul sizzlers, including the gently funky “What Do I Wish For.” (Overall the tape sounds great and doesn’t break any songs, though like so many Ampex cartridges this one makes audible grinding sounds in playback.)

All that said, the political content here isn’t limited to “(For God’s Sake) Give More Power To The People”; five of the nine songs here embrace black-empowering social change. The wistful “Yes I’m Ready (If I Don’t Get To Go)” portrays desegregation busing through the eyes of a student longing for the “schoolhouse across town.” “Love Uprising” and “Troubles A’Comin’” depict the promise and challenges of the emergence of black power. Most amusing is “We Are Neighbors,” a cheeky tribute to newly integrated neighborhoods. “If everybody looked the same,” notes the song, “we’d get tired of looking at each other.” And years before the strained black/white metaphor of “Ebony and Ivory,” Record offers a simpler comparison: “If variety ain’t the spice of life / Then why do salt and pepper go nice, so nice?”

In 1971, for political and romantic ends, the Chi-Lites raised their voices (and what splendid voices they were). 47 years later, it’s time to make your voice heard at the ballot box: for God’s sake, use the power of the people. 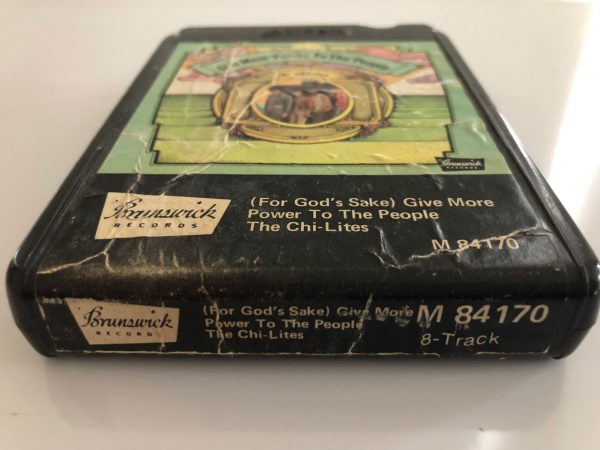