We wrap up our Beatles month with a raucous but rewarding live album from early in the band’s career. 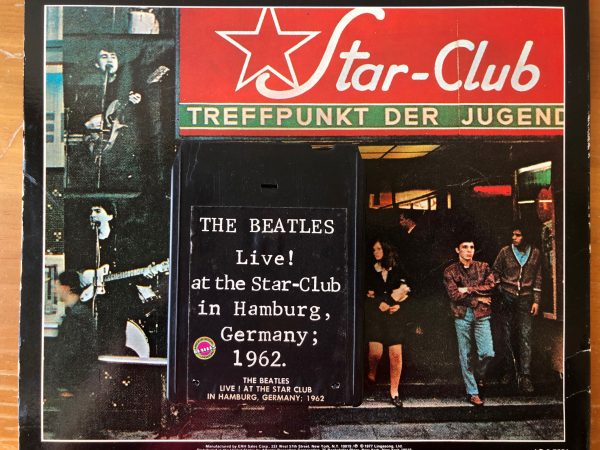 Is this a bootleg? In 1977, It was a semi-legal release and widely available. In 1962 John Lennon had given musician Ted “Kingsize” Taylor permission to record the group — if Taylor would supply them with beer while they played. Citing this verbal “contract,” Taylor released the tapes fifteen years later to capitalize on a brief resurgence of Beatlemania.

Why were they playing in Germany? In these early years The Beatles toured the UK constantly, but these Hamburg residencies provided steady income for weeks at a time without all the driving and equipment-hauling.

Why didn’t they play their own songs? Good question; likely the group didn’t feel their unknown compositions would go over well with German-speaking drunks and rowdy sailors. The UK version of this album includes two Lennon-McCartney tunes, “I Saw Her Standing There” and “Ask Me Why,” showing that they did play at least a few originals.

What are these songs? This Star-Club playlist shows a good slice of the Beatles’ influences: Chuck Berry, rock ‘n’ roll oldies, rockabilly, Tin Pan Alley, and rhythm and blues. Fueled by alcohol, amphetamines, and a rabid audience, the Beatles inject blistering punk-rock energy into this eclectic mix of styles.

So they hadn’t made any records yet? Actually they had. While in Hamburg in 1961, they’d backed up singer Tony Sheridan on a rockin’ 45 version of “My Bonnie” (“lies over the ocean”). Then, after signing to Parlophone in mid-1962, the band recorded and released its first single, “Love Me Do.” (Because the Beatles were already under contract when this live tape was made, the original liner notes are deliberately cagey about the actual recording dates.)

Does this have their other drummer, Pete something? This album features the classic John-Paul-George-Ringo lineup; drummer Pete Best had been fired before their Parlophone signing and replaced with Ringo, already a friend of the band. (Fifth member Stuart Sutcliffe had left the band in mid-1961 and passed away in Hamburg in spring 1962.) 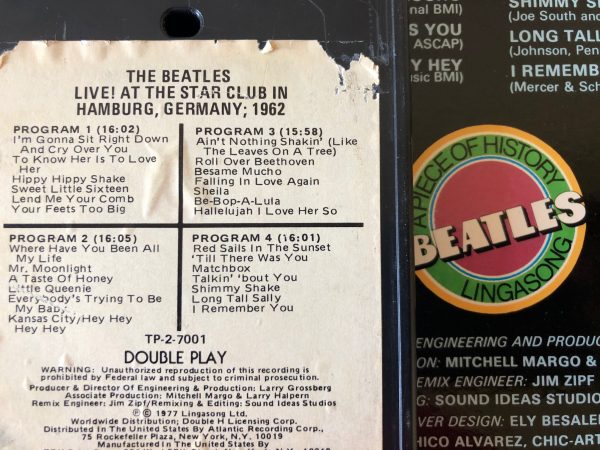 Why did they record a live album so early on? This was never intended as an official release, only as a personal keepsake for Taylor. (It’s a testament to the band’s live energy that he thought to record them at all.)

So these priceless tapes were locked away in a vault? Far from it. The Beatles’ booking agent Allan Williams says they were found “beneath a pile of rubble on the floor” of a sound engineer’s office, where they’d been abandoned after an early attempt at audio restoration. (Some might say the tapes should have been left there…)

Why does it sound so awful — I mean, “low-fi”? Never intended for release, these tapes were recorded by Taylor with a home reel-to-reel machine and a single microphone placed near the stage. After you’ve heard George Martin’s crisp studio productions of the band, the echoey, tinny sound and muffled vocals come as a shock. Believe me, it sounds as good as it can – Live! At the Star-Club is the product of $100,000 of sound restoration. The original tapes surely sound far worse. 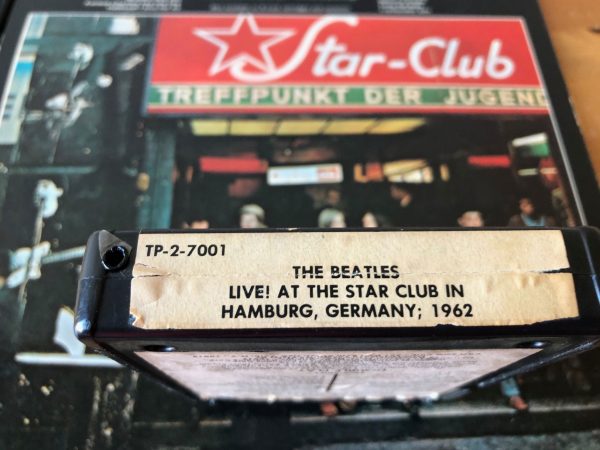 Why isn’t this on iTunes or Spotify? After two decades of bootleg and semi-official Hamburg ’62 releases, the surviving Beatles and Yoko were finally given ownership of the tapes in 1998. (George Harrison memorably commented, “One drunken person recording another bunch of drunks does not constitute business deals.”) The band has never reissued any of this material, not even on the Anthology albums or documentary film.

No offense, but why would someone listen to this? None taken; it’s certainly a weird album and hard on the ears, even for fans. But it gives you a chance to hear the early band polishing its fierce musical chops and hilarious onstage banter (Lennon identifies the song “Shimmy Shimmy” as “Shitty Shitty,” and on “Mr. Moonlight,” he sings “here I am, on my nose” instead of “on my knees”).

Is there film footage of this period? The Hamburg years are well-photographed by the band’s friends Astrid Kirchherr (who gave them their moptop haircuts) and Jürgen Vollmer (who captured Lennon’s Rock ‘n’ Roll album cover), but no moving pictures were taken. However, the ‘savage young Beatles’ period is memorably recreated in the films Backbeat and Birth of the Beatles.

How’s the 8-track? Given that 8-track isn’t considered a high-fidelity medium, the cart sounds surprisingly good. And since the original 1962 reels were recorded at 3 ¾ inches per second, it’s kinda cool to hear them played back at exactly the same speed. 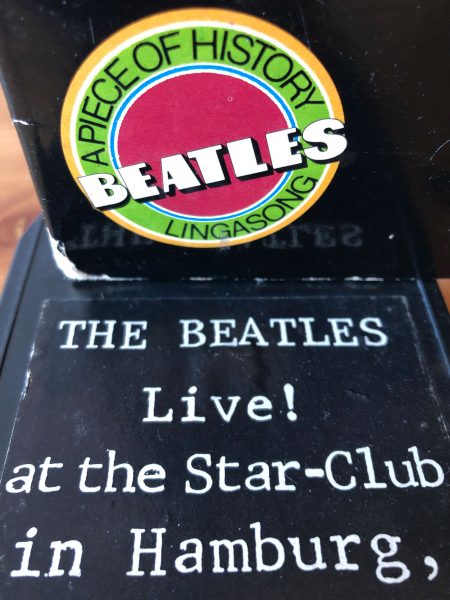