Reversing the tape in this battered Beatles cartridge reveals a fab mirror universe of psychedelic sounds. 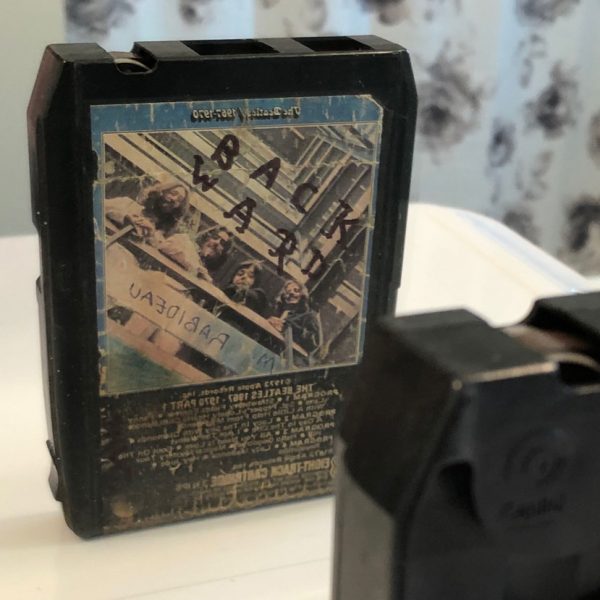 What does it sound like? Backwards Beatles listening is a strange experience. The sounds and voices are very familiar but the melodies and “lyrics” are brand new. It sounds like a Beatles tribute band from another country (or planet), playing weird Fab Four soundalikes with gibberish words.

Who would do this? Inspired by the 1969 “Paul is Dead” hoax, fans would spin Beatles records backwards by hand, discovering bogus “secret messages” and strangely beautiful music. Today anyone can reverse digital Beatles song files using basic audio software. But 8-track listeners have another option: reverse the tapes inside the cartridges and listen to the music backwards. (You can’t do this with prerecorded cassettes or open-reel tapes, which play the same if you flip them.)

How can I do it? Open your 8-track, then respool the head end from the center onto another reel (or unspool into a box). Then wind the tail of the tape back onto the original hub, so the head winds up on the outside (twist the tape 180° so the brown oxide faces out). Resplice with new foil, close cartridge, be amazed. 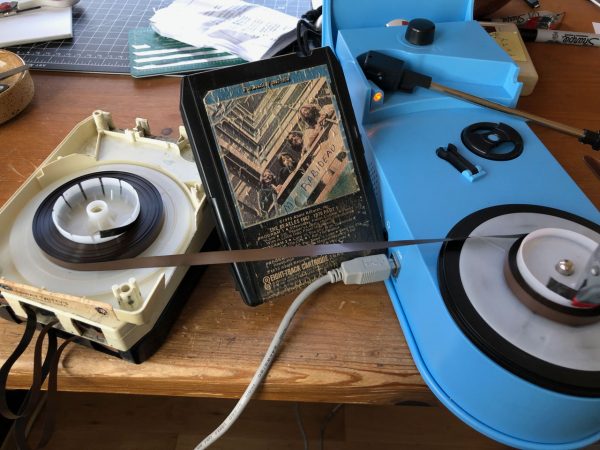 Spooling the tape from the temporary reel (left) back to the original hub (right). The tape’s “tail” (end) is now on the hub where the head would normally be. Note the tape is being flipped to keep the oxide side facing out. A portable vinyl turntable running at 45rpm will respool the tape in about five minutes.

Have you tried it? I did this yesterday with tape one of the 1973 compilation 1967-1970 with very good results. The tape plays from back to front, starting disconcertingly with Lennon’s screams from “Revolution” and ending gently with the “Strawberry Fields Forever” mellotron. “Hey Jude” was a revelation; I’d always found its descending “na-na-na” coda depressing, like the hopes of the ’60s circling the drain, but in reverse it sounds uplifting and optimistic. Surprisingly, some songs, such as “The Fool on the Hill” and the “Strawberry Fields Forever” ending, sound almost the same in reverse!

Is this what the Beatles intended? Though the band did backwards overdubs starting with 1966’s “Rain” and “I’m Only Sleeping,” I don’t think they expected fans to listen to their music in reverse.

How about the new “lyrics”? Gibberish backwards vocals are like a Rorschach for listeners to project their own ideas onto — hence rock’s backmasking controversy, in which parents and priests discovered Satanic lyrics that weren’t really there. Still, you can’t help but hear a familiar word or phrase at times. Some fans have carefully transcribed the crazy lyrics they hear, as on the “Hey Jude” clip above, making the Beatles seem like babbling lunatics. To me, the reverse title of “Strawberry Fields Forever” sounds like “very sleepy rebels,” an apt description of the drugged-out band at that point!

Who else would sound good backwards? ’60s psychedelic artists or any other mad-scientist tape manipulators: Jimi Hendrix, Todd Rundgren, Frank Zappa, Parliament/Funkadelic, Prince. Of course, those tapes will cost you more than this Beatles discard, but when you find one for cheap, plow ahead in reverse! 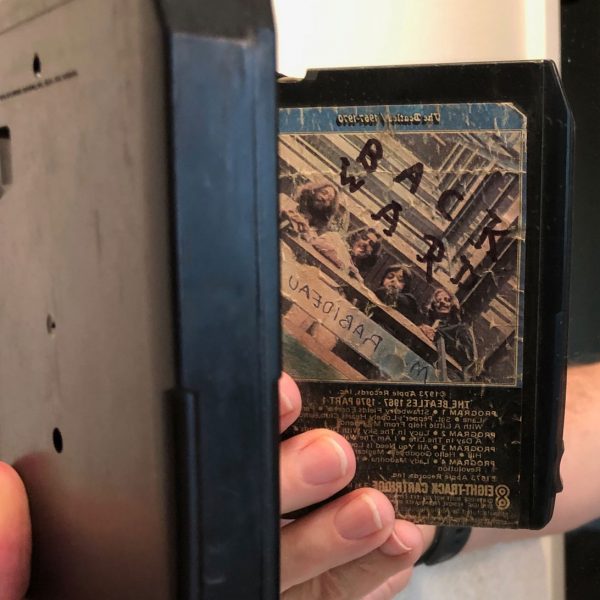 You can read last week’s installment here: The Realistics – ‘The Year In Music’s Greatest Hits’ (1978)