Visionary funk-rock genius strips down his sound for a claustrophobic, paranoid masterpiece; 8-track, book, and LP tell the whole story. 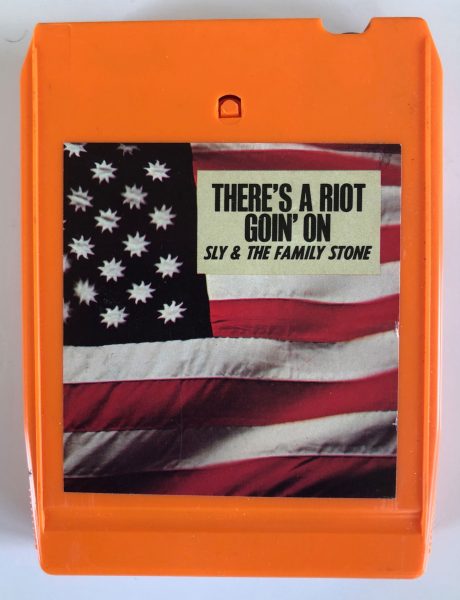 If There’s A Riot Goin’ On here, it’s a quiet riot! Check out a few random seconds of “Africa Talks To You ‘The Asphalt Jungle’” below. The previous Sly and the Family Stone sound — a massive rock/funk combo playing to a big crowd — has been compressed into something dense and unrecognizable. It sounds as though Sly, a drum machine, and a couple other players have squeezed into a closet, partying quietly so as not to disturb their parents. Everything — Sly’s woozy vocals, the guitar and bass — is extremely soft & incredibly close.

Somehow this is still pretty funky. But what happened to big-ass party anthems like “Dance to the Music” and “I Want To Take You Higher”? To track the transition, let’s yank out the 8-track and put on some vinyl — Light in the Attic’s superb 2014 comp I’m Just Like You: Sly Stone’s Flower 1969-70. This is a collection of singles produced and released by Sly on his Stone Flower label just before the Riot album; as with Prince’s ’80s side projects, these other artists’ records sound like the producer’s own work. A few of these have the classic, big-band Family Stone sound, but most preview the minimalist beat box grooves soon to be found on Riot. 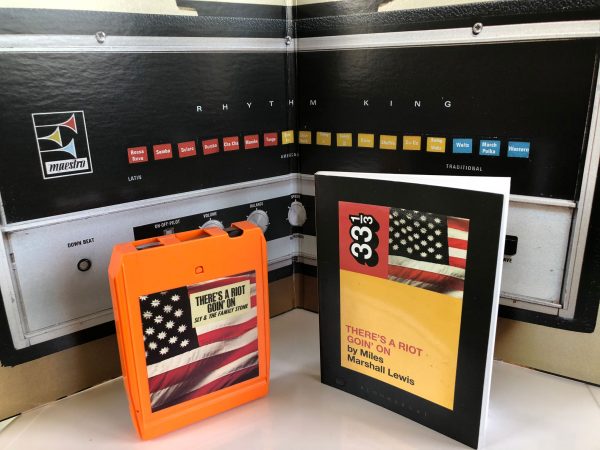 About that beat box: Sly used the newly produced Maestro Rhythm King drum machine (seen on the compilation gatefold) on both the Stone Flower singles and the Riot album. Nicknamed the “Funk Box” by Sly, the Rhythm King provides a click track for later drum overdubs and sometimes the entire percussion track. This was the first synthetic drum sound ever heard on the Top 40, in Little Sister’s Stone Flower single “Somebody’s Watching You” and Sly’s “Family Affair,” from the Riot album. (Timmy Thomas’ 1972 “Why Can’t We Live Together,” using a Lowrey organ’s built-in drum machine, was probably the third of these early synth-beat hits.)

The making of the album is quite a tale, as revealed by Miles Marshall Lewis in his witty, insightful 33 1/3 series book. After playing Woodstock and releasing the final “classic” Family Stone album Stand, Sly withdrew from public life. Using stimulants and hanging out with the Black Panthers radicalized his worldview, which he sought to pour into a concept album called Africa Talks To You (soon renamed There’s A Riot Goin’ On in response to Marvin Gaye’s What’s Going On). He recorded sessions at a Sausalito studio and in his Bel Air mansion, playing most instrumental parts himself (along with the Funk Box) and inviting band members and outsiders (Bobby Womack, Billy Preston) to contribute occasional overdubs. 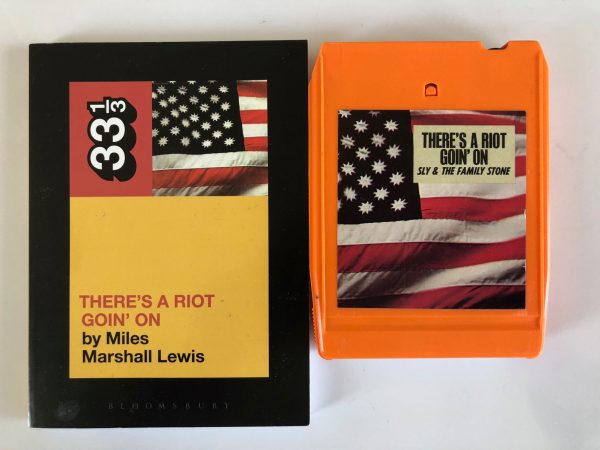 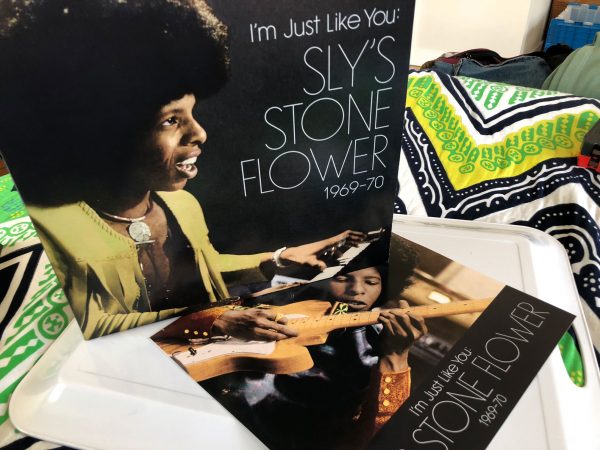 The album’s audio mix is simultaneously complex and minimalist, with instruments and vocals rising and vanishing like fish in a pond. In the “I’m Just Like You” booklet, engineer Richard Tilles reveals Sly’s mixing technique on the Stone Flower singles: “Since Sly was ‘playing’ the faders, his mixing was a performance… (he) would abruptly push up or pull down one or a group of faders, for as little as a beat or two.” Sly’s use of the mixing board as its own instrument parallels the work of reggae “dub” remixers like King Tubby and Lee Perry.

Ever mindful of success, Sly carefully delivered a couple sparkling hit singles, “Family Affair” and “Runnin’ Away” (the latter covered by female UK postpunk minimalists The Raincoats); third 45 “You Caught Me Smilin’” is also a slice of pure joy. Sly remade his recent funk smash “Thank You (Falettinme Be Myself)” into a stoned, expansive groove called “Thank You For Talkin’ To Me Africa” that’s more for chillin’ than dancin’. 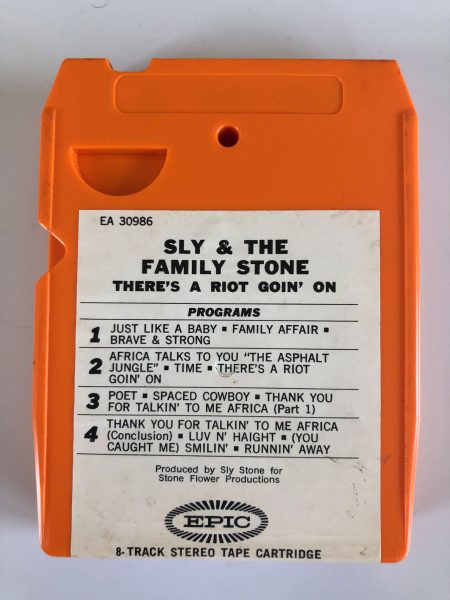 “Africa” is the only song broken on the 8-track; at seven minutes, it splits nicely into two halves. Overall this tape release is fantastic; I can’t stop listening to it as I write. This heavily overdubbed recording has a very “tape” sound, which sounds wonderful on my original orange-shell Epic cartridge. I recommend it as a way to immerse yourself in this remarkable album, one of my all-time favorites. And grab Lewis’ book and the Stone Flower double LP to get the full story of this unique funk masterpiece. 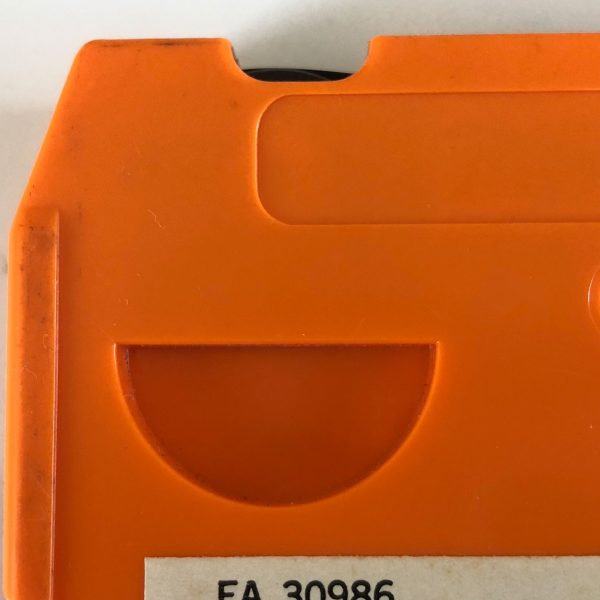 You caught me smilin’…