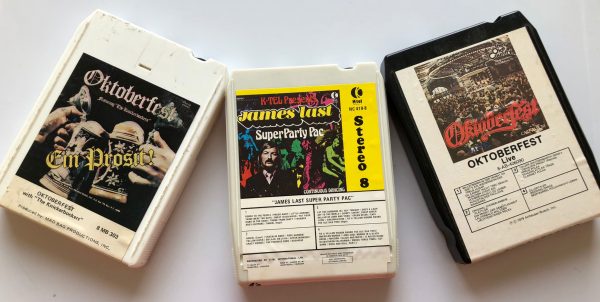 Ach du lieber – October’s only started and Oktoberfest is almost over! Munich’s traditional German celebration of food, beer, music, beer, and beer actually starts in mid-September and ends the first weekend of its namesake month. So if you’re gonna get your oompah on, now’s the time. Happily we have a few oddball 8-tracks this week to set the mood perfectly if you’re short on Lufthansa cash. Just add sausage, kraut, lederhosen, and a stein or ten of fine märzen brau.

The bacchanalian fest started in 1810 as a quiet post-royal-wedding affair, a garden party with horseracing. Over two centuries Oktoberfest has grown into a massive 2½-week-long outdoor festival, with six million annual guests drinking an average of a liter of beer each (some less and some much, much more). Things got so out of hand ten years ago that the organizers decided to make the afternoon sessions quieter and more friendly to the very young and old, with rowdiness saved for the evenings. 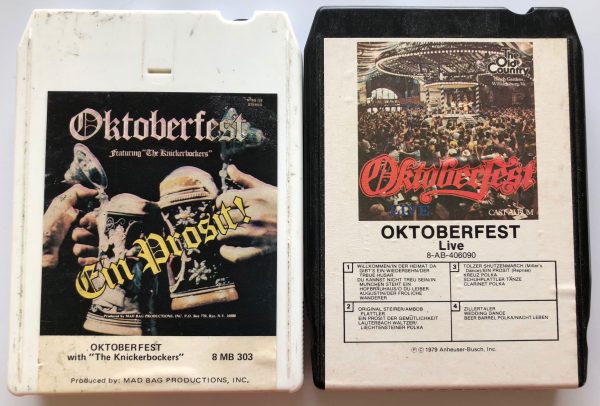 In the afternoons, the open-air festival’s dozens of tents feature the softer sounds of traditional Bavarian brass band music. The scene might sound something like Oktoberfest Ein Prosit, an hour-long 1975 recording by New York ensemble The Knickerbockers (not the ’60s garage band!).

Knickerbockers: ‘In Heaven There Is No Beer’ (Oktoberfest Music, 1975)

The tape is mostly sung in German, but you do get a bilingual version of the 1956 drinking song “In Heaven There Is No Beer” (a 1972 hit for US band Clean Living). And of course, you’re treated to the “Ein Prosit” refrain, which always signals a group toast, steins aloft. Like anyone forgets to drink at these things.

The Knickerbockers are fine, but I much prefer the 1979 Oktoberfest “cast album” recorded live (and sold onsite) at beer-drenched theme park Busch Gardens Williamsburg. The site includes a Bavarian area actually called Oktoberfest in which the holiday is celebrated year-round. (Working there is my new fantasy job, by the way.)

As forever enshrined on this lovely gift-shop grab, helpful Busch Gardens cast members invite puzzled and/or drunken crowds to participate in the Fest’s arcane arm-linking and table-slapping rituals. Later, the band performs a breakneck reading of the “Clarinet Polka,” which you may recognize from the 2005 Charlie the Unicorn animated short.

Back in Munich, with juniors and seniors safely tucked in bed, the wild schlager music begins. Schlager is a kind of generic European pop music (think early ABBA), often with country-western rhythms and always with accordion, designed to offend none and please all (however slightly). 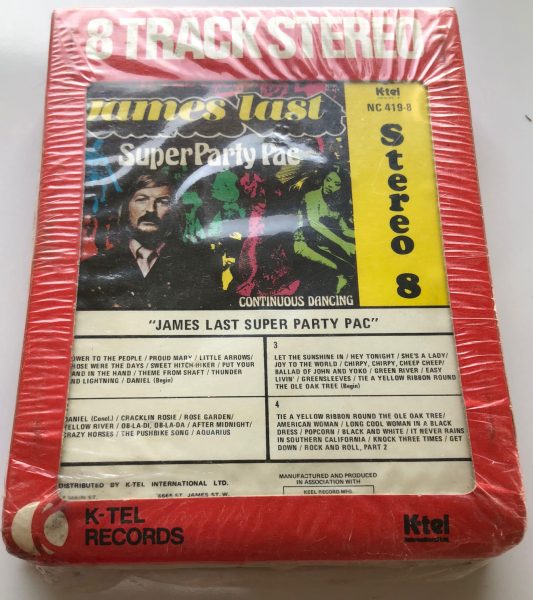 Our schlager act tonight is hardworking German band leader James Last, who released a staggering 187 albums under his name over 40 years (that’s a brand new album every 11 weeks). Last’s discography spans everything from tasteful strings to groovy Hammond organ to sizzling ’70s jazz-funk to dull classical remakes. In the late ’60s and early ’70s, he released an amazing series of albums entitled Non-Stop Dancing that featured relentless medleys of current radio pop hits, most familiar to American ears.

Comprised of “Non-Stop Dancing” cuts, the 1974 Canadian K-Tel LP compilation Super Party Pac offers solid yet silly remakes of hits by The Beatles, Creedence, and Uriah Heep. Listening, you really get the sense of a live bandstand performance with hordes of drunk adults dancing and singing along with the words they know (which aren’t many). It’s astounding to hear the band jump from a song about Jesus to a song about a black private dick that’s a sex machine to all the chicks — without missing a beat. Achtung!

Thanks for joining us in the 8-Trackin’ Oktoberfest tent. Tip your beer maid, be careful stumbling home, and auf wiedersehen! 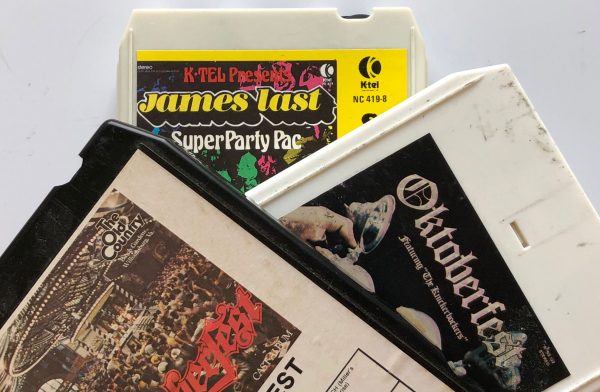