Growing up, I knew only two things about the Ohio Players. One was that they had exactly two solid radio hits, “Fire” and “Love Rollercoaster.” The other was a rumor that the woman on their album covers had met an untimely fate, perhaps due to application of heated honey for the Honey cover shot. Supposedly her wails were recorded and mixed into the song “Love Rollercoaster,” which struck me as kinda sinister.

Both claims have since been debunked. The death rumor is of course bogus (and I didn’t even get it right). And, though the two singles mentioned were their biggest, the Dayton funk combo had a bunch of other great tunes. These include “Jive Turkey” (reviewed last year in Disco Lab), “Who’d She Coo,” and the weirdo novelty “Funky Worm,” which included an early funk use of synthesizer. 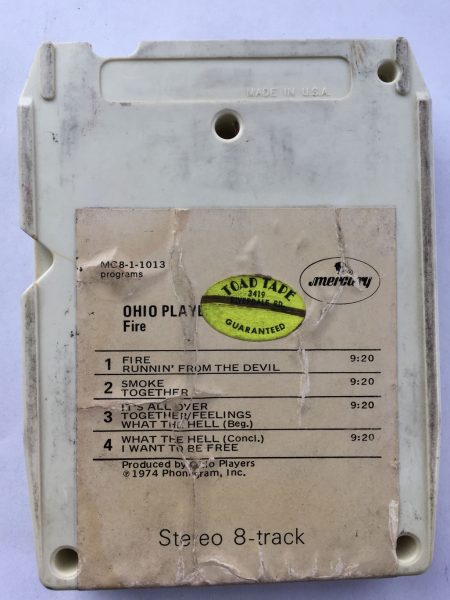 But what about Fire, the album? Surprisingly it’s not just a bunch of wannabe remakes of the single but a nicely programmed sequence of funky and slow, dancey and smoochy. Clever theming ties the album together; the notion of “fire” as demonic flames carries through on cuts such as “Smoke,” “Runnin’ From the Devil,” and “What The Hell.” The remaining slow-jam numbers provide some chilled-out salvation. Overall it’s an album you could play for coffee or commuting, not just party time. 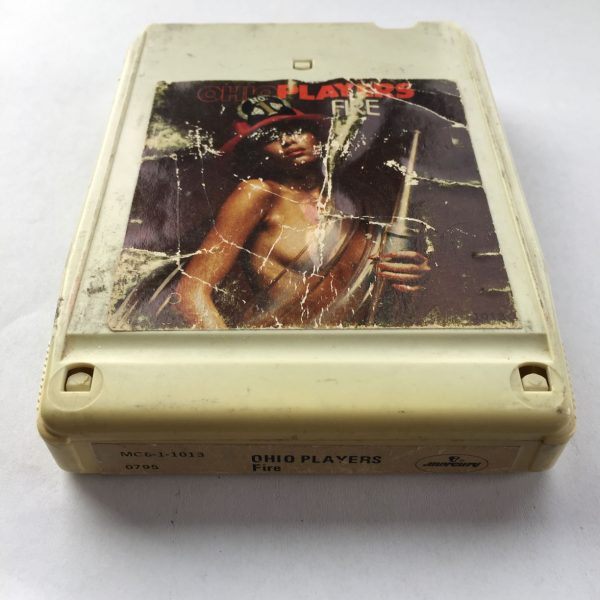 The 8-track version flows nicely with only one broken track; the aforementioned “What The Hell” is so intense (with searing lead guitar solo) that it’s nice to catch your breath in the middle. Glad to circle back to the OP’s after a few decades for some solid jams; also to learn that No Cover Model Was Harmed By Honey Or Anything Else In The Making Of This Album. Even “fi-yah”!