“Every time that we… ooh… I’m more in love with you.” What did she mean by “ooh”? Eat popcorn? Play basketball? Those of us who came of age during the 1970s had to come up with our own answers. Surprisingly the openly passionate “Lovin’ You” started life as a lullaby improvised for Minnie Riperton’s daughter Maya (more on her later). Guessing the grownup parts were added later (along with chirping bird noises). 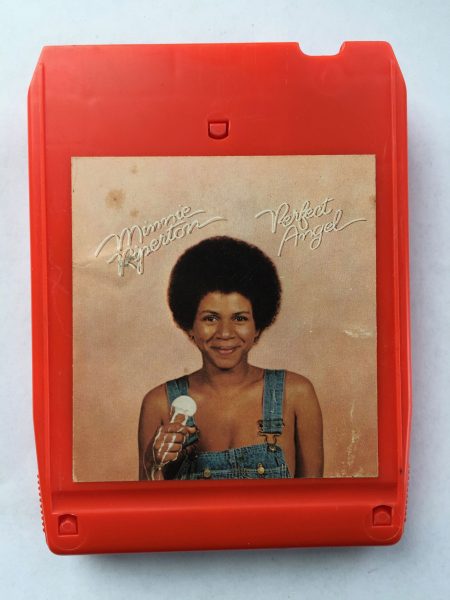 By age 26, Chicago’s Riperton had already had a full career, first as a busy soul backing vocalist, then as singer for the experimental rock-soul combo Rotary Connection, and finally with a well-received solo album. When she came out of motherhood/retirement in 1974 to record her followup record, she wanted Stevie Wonder to produce it (a pretty big ask in those days). Stevie was busy as hell but a huge Minnie fan, so he said yes. But with Minnie and Stevie on different labels, Wonder had to contribute under a pseudonym (El Toro Negro, still trying to figure that one out).

As far as I know, Riperton pioneered the sudden moments of piercing high soprano vocals that Mariah Carey made a career of many years later. (The solid Stevie-penned “Reasons” features some long “whistle register” vocal wails sure to alert dogs in your neighborhood.) Because of the natural warmth of Minnie’s style, though, these don’t come off as diva-esque vocal stunts, only spontaneous outburtsts of joy. Thankfully, this wonderful secret weapon is downplayed throughout the album. 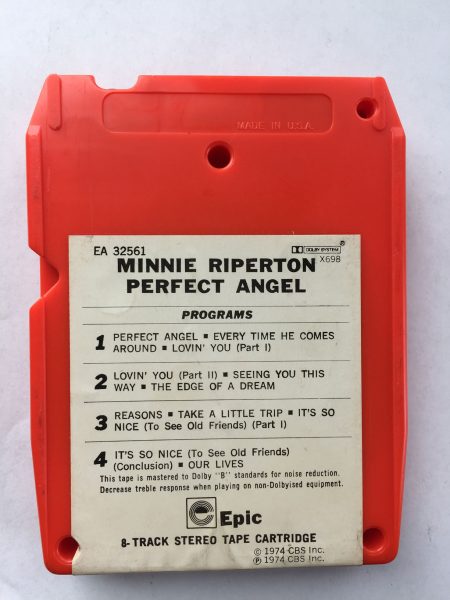 Nothing else on Perfect Angel is as delicate as “Lovin’ You.” But the song’s joyous, spontaneous mood is carried through with a perfect hybrid of soul, pop, and rock, all uplifted by Minnie’s gleeful vocals—this is an easy album to love. Though El Toro Stevie wrote a couple songs and played keyboards and his trademark harmonica, his touch is gentle here — this doesn’t sound like Innervisions with female vocals but is very much Minnie’s thing. The 8-track tape sounds superb, though maddeningly it has a program break right in the middle of “Lovin’ You” (they couldn’t know the song would become a #1 single a year later, in 1975). 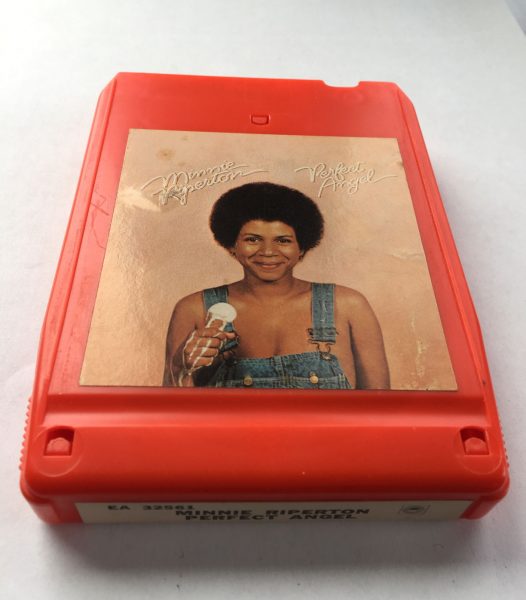 Sadly Riperton became ill shortly after this album and passed away in the late 1970s. But her daughter’s still with us; in fact, you’ve already met her. She’s comedic actress Maya Rudolph, of SNL and Bridesmaids and a pretty wonderful singer in her own right. Now when Minnie sings “Maya, Maya” as “Lovin’ You” fades out, you know exactly who she’s singing about. As for that “ooh,” though, the jury’s still out.