Due to its gorgeous songs and production and mature, dry-eyed spirit, Marvin Gaye’s strange, introspective album about his divorce is now ranked among his best. 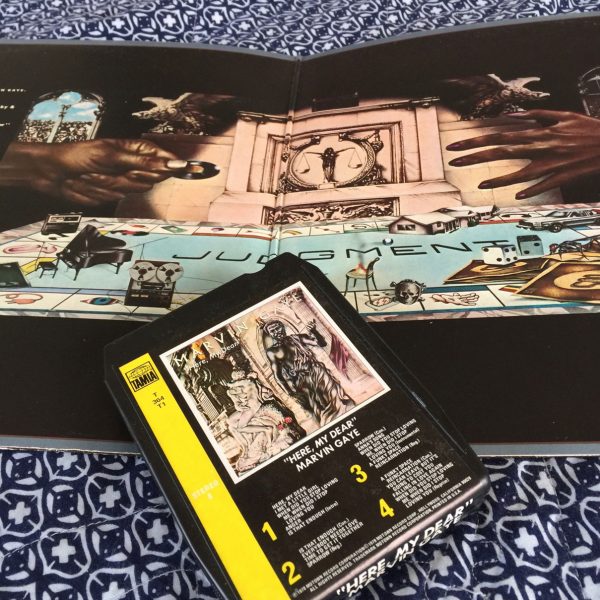 Hoary old clichés still hold some truth. Consider “when life gives you lemons, make lemonade.” The recipe certainly worked for Beyoncé a couple years ago, when she took the bitter lemons of her personal life and ancestral past and turned them into a landmark album actually called “Lemonade.” In 1978, inspired by his personal, professional, and legal issues, Marvin Gaye mixed up a batch of his own. The double album Here, My Dear was considered quite sour by fans and critics in its day, but in recent years has been regarded as the sweet elixir it truly is.

The lemons in Marvin’s case (just to overdo that metaphor) were largely of his own making. The album examines his recent divorce from first wife Anna Gordy (sister of Motown label boss Berry Gordy Jr.). Marvin had done more than cheat on Anna; though they were already separated in 1973, Marvin started a relationship with then-teenaged Janis Hunter and would father two children by her out of wedlock. (Their passionate romance inspired Marvin’s album I Want You; in 1977 she and Marvin finally tied the knot.)

But when Marvin fell behind on alimony payments in 1976, Anna called the cops on him. Her lawyer finally cut a deal: Anna would receive half the royalties from the singer’s next album. Marvin initially thought “eff this, I’ll deliver a bomb and she won’t get a penny” (I’m paraphrasing here). Realizing that he had just delivered four flawless soul LPs, he instead chose to make it five for five with the incredible emotional and musical journey that is Here, My Dear. 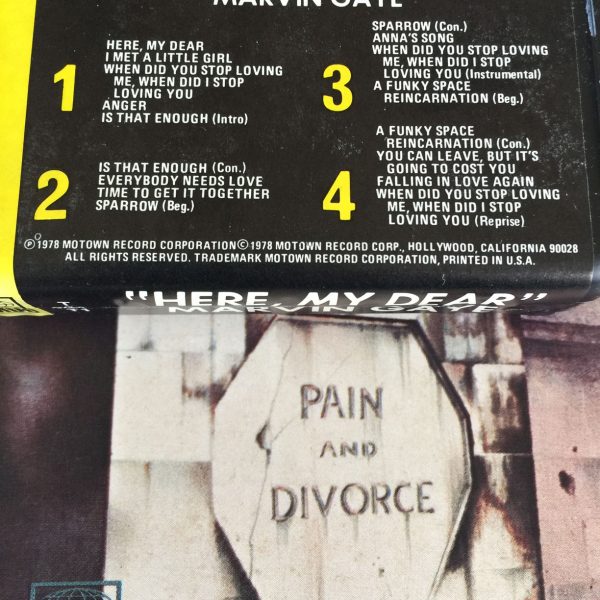 It’s an album directed at just one person, his once-beloved Anna. Marvin opens the album with a solemn narration to her:

I guess I’d have to say this album is dedicated to you.
Although perhaps you may not be happy,
This is what you want, so I’ve conceded.
I hope it makes you happy.
There’s a lot of truth in it, babe.

From there the album moves from Marvin and Anna’s sweet beginnings (“I Met A Little Girl”) to their troubled marriage (“Anger”; both parties were accused of abuse), as the lyrics offer juicy tabloid tidbits (“you said you loved me, how could you turn me in to the police?”). In a whimsical mood, Marvin even looks to a fantasy future in which reincarnations of himself and Anna might meet on a sexy interplanetary cruise (“A Funky Space Reincarnation”). Serving as a theme tune for the album is the bluntly titled “When Did You Stop Loving Me, When Did I Stop Loving You?,” which appears in three different versions. The album’s only bitter moment, “You Can Leave, But It’s Going To Cost You” (“you have won the battle, but Daddy’s gonna win the war”), is illustrated on the album’s gatefold as Marvin loses everything to Anna in a cruel litigation board game. 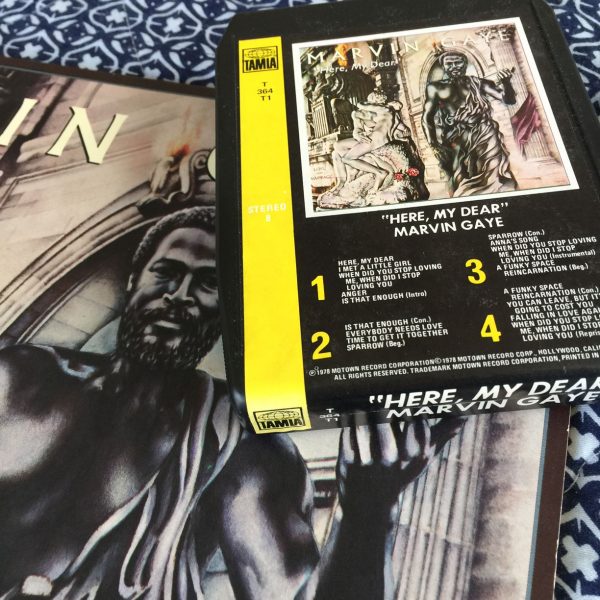 The 8-track tape shown here sounds excellent. The LP sequence is preserved to maintain the album’s unique flow. As a result, three songs are chopped awkwardly to accommodate the splice. Since this is One Long Song, no other options were really possible, and it doesn’t hurt the listening experience.

And surprisingly, the experience of hearing “Here, My Dear” isn’t gloomy or depressing at all. Resisting the urge toward anger or bitterness, Marvin portrays his relationship with Anna as being neither doomed nor sabotaged but one that had simply run its course. It’s as if Marvin decided, to quote another hoary old cliché, “don’t be sad it’s over, be glad it happened.” As listeners to this lovely, personal, and very emotional suite, we should be glad Here, My Dear happened — along with Marvin’s all-too-brief career.