16 fun facts about the campy sci-fi classic and the stunning Jerry Goldsmith score that brings it to life. 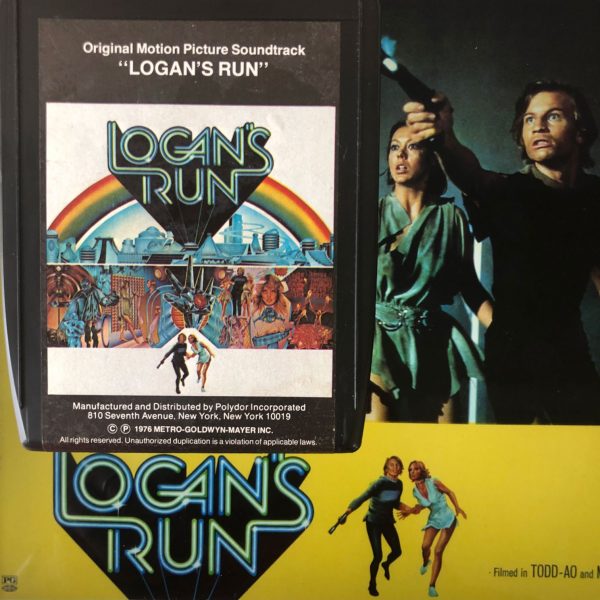 1. Goldsmith created themes for the sinister City and the liberated lovers. For scenes of the Domed City’s technology and oppression, he uses a pair of rising, three-note motifs. These are heard clearly in main-title cue “The Dome,” which also brings hints of the lush, lyrical love theme heard later in the film.

2. Life in the City never gets old. As in Neil Young’s “Sugar Mountain” and modern-day tech firms, the film’s Domed City favors the young. Citizens turning 30 are publically slain in the bizarre Carrousel ritual: they float into the air and are destroyed with an unseen laser. Happy birthday, bro!

3. This wasn’t Goldsmith’s first use of synthesizers. He had explored synths on his score for The Illustrated Man but really mastered them here. The Carrousel theme “Flameout” layers sixteen synthesizer tracks to create a swirling vortex of abstract sounds.

4. The film gives the Dome’s citizens nine more years to live. In the original 1967 novel, citizens reach their Last Day at age 21. To accommodate the ages of the lead actors, the screenwriters extended this to age 30.

5. The Sandmen were the original Blade Runners. Hoping to live past 30, some citizens attempt to flee the City. These “runners” are tracked and retired by wisecracking hitmen known as Sandmen, whose name references the Deep Sleep computer that gives them orders. 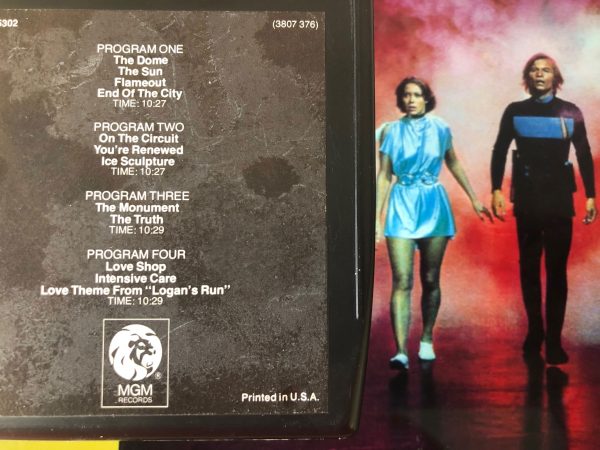 6. The film invented Tinder – but with humans instead of pics. After a fun evening of Carousel and killing runners, Sandman Logan 5 (Michael York) relaxes with an in-home transport booth that brings him willing sex partners — in the flesh. By accident, the so-called Circuit brings him Jessica 6 (Jenny Agutter), who’s more interested in making Logan a rebel than a lover.

7. Logan doesn’t want to run — the City forces him to. Deep Sleep wants Logan to investigate a rumored runner sanctuary outside the City. By changing the color of Logan’s palm-embedded “lifeclock” crystal and robbing him of four years of life, the computer forces its Sandman to run — or die.

8. Look closely and you’ll see an Angel. Three months before instant superstardom on TV’s Charlie’s Angels, Farrah Fawcett-Majors plays a small but memorable role as a glamorous assistant at a plastic-surgery parlor. 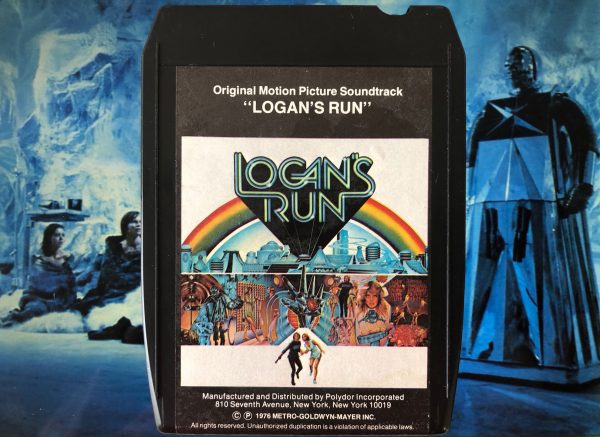 9. One racy scene cut from the movie remains on the soundtrack album. As they explore an icy zone beneath the city, Logan and Jessica encounter amiable robot Box. In a seemingly gratuitous sequence scored by “Ice Sculpture,” Box chisels a frosty nude carving of the duo, but the scene was cut to ensure a PG rating. Now that’s cold!

10. Runner. It’s what’s for dinner. Box’s job is capturing and freezing seafood for consumption by City dwellers. When runners try to escape through his habitat, he freezes them as well. Protein is protein, right?

11. Goldsmith used synths for scenes in the Domed City, saving full orchestra for the great outdoors. Though strings are heard on some synth-y City cuts, we don’t hear brass or woodwinds until we step outside. “The Sun” is a joyous, uplifting fanfare with brass stabs simulating blinding rays of natural light.

12. You may have Peter Ustinov to thank for the Cats stage musical. Logan and Jessica make their way to a vine-encrusted Washington, D.C., where Ustinov plays a doddering fool quoting at length from T.S. Eliot’s Old Possum’s Book of Practical Cats. A year after the film was released, Andrew Lloyd Weber started putting those poems to music to create the musical Cats. Coincidence?

13. Don’t blame Jerry for “Love Theme from Logan’s Run.” Perhaps attempting a radio hit, other arrangers took Goldsmith’s romantic melody and turned it into overblown schmaltz. It’s tolerable, but if the whole score had sounded like this, it would have been long forgotten.

14. The 8-track seems to be rare — and sounds fantastic. I saw this tape once, bought it, and never saw it again; there’s no reference to it anywhere online. If you wind up paying a lot for this cart, rest assured that the quality is breathtaking. The cuts are not in movie order but they weren’t on the LP either, and no tracks are broken.

15. It was the end of an era. As online reviewer James Southall notes, Logan’s Run was “probably the last high-profile futuristic film with everyone walking around in brightly-coloured pyjamas, listening to disco music.” Star Wars came a year later and changed the game utterly with its high-flying, space-jockey action.

16. The movie never got a sequel, but the soundtrack did. The film’s success inspired a TV series, a comic book, and a few spinoff novels, but never a followup film. However, in 2000 Roger Joseph Manning Jr. (Jellyfish) and Brian Reitzell concocted their own electronica score (and plot) for the imaginary Logan’s Sanctuary. The fake film’s storyline finds former Sandman Ian searching decadent Metropia for an elusive plant that will heal stricken City refugees. The lusty “Pleasure Dome 12” was likely inspired by Goldsmith’s “Love Shop,” and “Escape” is a worthy ripoff of Pink Floyd’s “On The Run.” 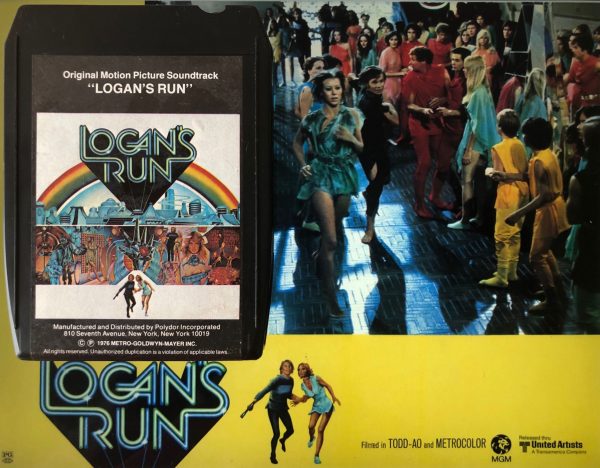