Here’s a year-end post to close out 2017. Within the ’70s realm of Cherry Stereo, these twelve months have surely been a reason to celebrate — if only because this was the 40th anniversary of 1977, a truly fantastic year for music. Rock, metal, reggae, prog, and pop were all thriving, and we had punk rock to add to the mix as well. So I thought I’d close out December 2017 with an album from December 1977. I don’t have 8-tracks of (or the huge $$ to buy on tape) Eno’s Before And After Science, Wire’s Pink Flag, or Suicide’s self-titled release, all issued that amazing month. But I do have one pretty great 12/77 tape, Klaus Schulze’s fine synth odyssey Body Love Vol. 2. 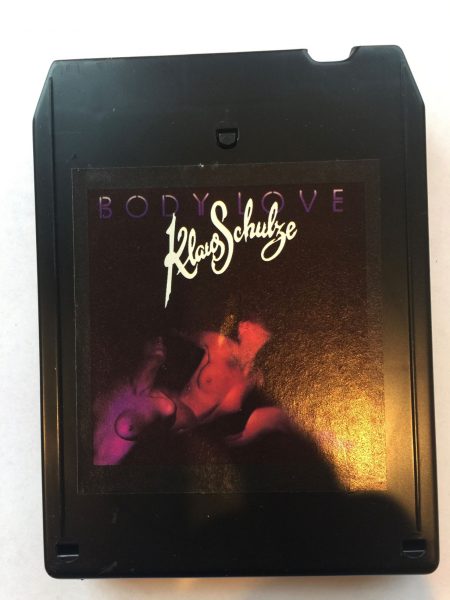 As the name suggests, this was the soundtrack to an adult film. (As the followup to Schulze’s soundtrack proper, this is subtitled “additions to the original soundtrack,” so it’s either more music from the film or outttakes.) Schulze was a founding member of Tangerine Dream, and this album is very much in that band’s epic, expansive style, more evocative of space travel or chivalric quests than any sort of hanky-panky, more shimmering arpeggios than boom-chicka-wow-wow.

Because this type of synthesizer prog-rock was futuristic in style, it’s aged very nicely. So fans of the 8-track format who are weary of Pablo Cruise and Amazing Rhythm Aces eagerly track down tapes by Kraftwerk, Jean Michel Jarre, Eno, and Tangerine Dream. As such, those tapes are hard to find and expensive to buy. For the budget collector, Body Love Vol. 2 is a great ’70s-electronic option, arguably as satisfying as any of those others and much easier to secure (I had a sealed copy shipped to me for under $10). 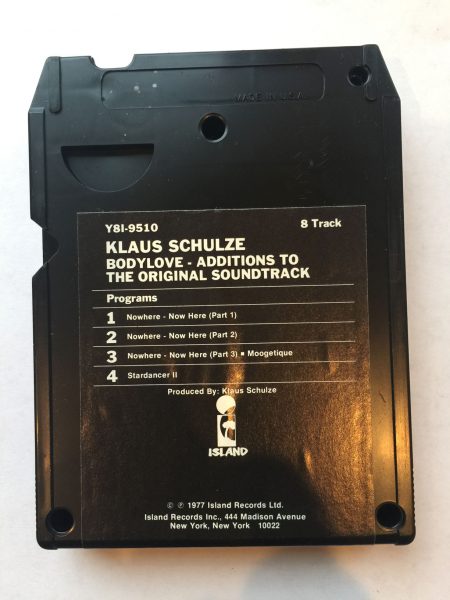 The tape sounds pretty fantastic, too. My vinyl copy of this album plays as pretty worn; because the album runs almost an hour, it’s heavily microgrooved and prone to scratching and surface noise. No problem on the tape, though, which sounds clear and strong. Island Records’ tape-duping facility did a great job with the transfer here, too. Since the music isn’t really song-based, it’s less of a bummer when it gets chopped up into 8-track-sized segments. Side One of the vinyl, the long, majestically building suite “Nowhere — Now Here,” actually gets split onto three programs, though the third section is only about a minute long. 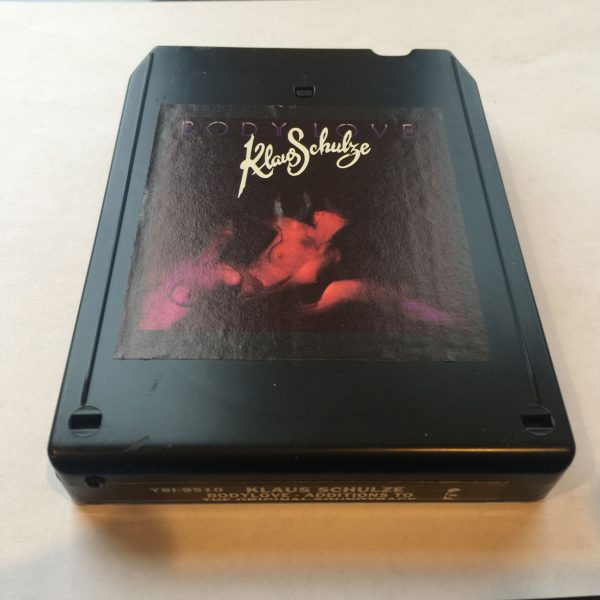 Body Love Vol. 2 is a great tape of a great album, and a nice way to celebrate the synth-friendly year of 1977 (see also Donna Summer’s “I Feel Love” for more slinky sequencers and amazing arpeggios).