We continue our month-long Beatles special with an album once thought to have been made by a secretly reunited Fab Four. 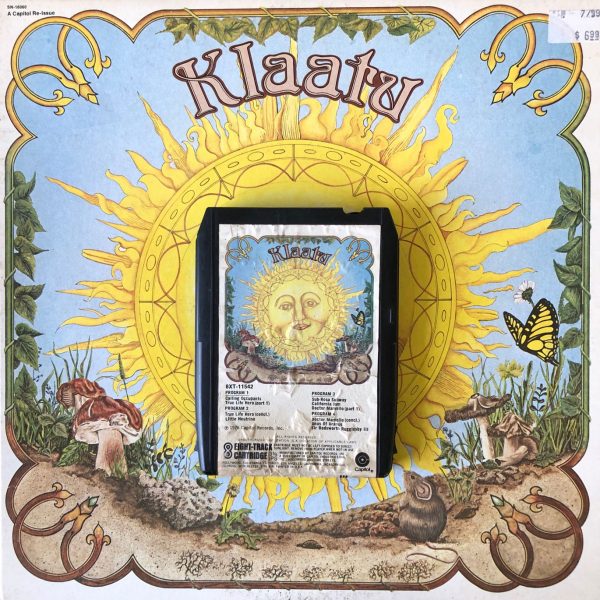 Weren’t they a Beatles hoax? Sort of, but it wasn’t Klaatu’s fault. Months after the album’s quiet release, a journalist and several radio stations suggested the Beatle-ish group was actually a reunited Fab Four. It was easy to believe: no band members were identified on the sleeve, a Canadian label boss fed the confusion (“if yesterday is here, let it be”), and Capitol Records didn’t clear things up (“Klaatu is Klaatu”).

So if they weren’t the Beatles, who were they? Turned out Klaatu was just a talented prog-pop band from Toronto. Though the Beatles association brought the group lots of attention, it would come to hinder their future success, since they were seen as pranksters rather than the real deal. Followup albums Hope (a rock opera about space explorers) and Sir Army Suit were well-reviewed but didn’t sell well here. Happily, the band has reunited and is still playing live forty years later. 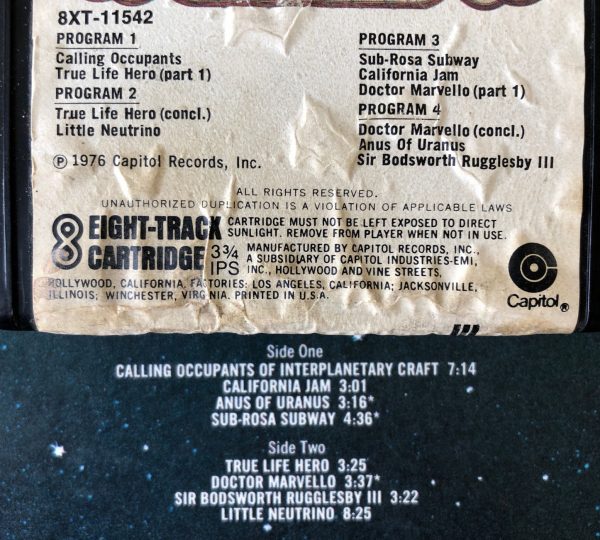 Does it really sound like a Beatles album? Somewhat. It’s full of Beatle-ish horns, harmonies, and backwards effects. Certain songs even sound like certain Beatles: “Little Neutrino” is an update to Lennon’s “I Am The Walrus,” “Sub-Rosa Subway” is dead-on McCartney a la “Penny Lane,” and “California Jam” and “Doctor Marvello” include George-like guitar and sitar.

Who else do they sound like? The group should really be considered alongside prog-pop bands like 10CC, Electric Light Orchestra, and Supertramp. On this self-titled debut (originally titled 3:47 EST in Canada), Klaatu plays everything from spacey late-night jams (“Little Neutrino”) to hard boogie rock (“True Life Hero”) to novelty music-hall numbers (“Sir Bodsworth Rugglesby III,” which sounds like a cockney Oscar the Grouch).

Didn’t the Carpenters do one of their songs? Karen and Richard covered Klaatu’s best-known number, the oddball UFO anthem “Calling Occupants Of Interplanetary Craft.” The song describes believers who send telepathic messages to aliens and receive a startling reply. Issued in space-crazed 1977 between the Star Wars and Close Encounters films, the Carpenters’ cover became a US top 40 hit.

Aside from UFOs, what are the other songs about? The album is quite nerdy in its subject matter. “Anus of Uranus” (???) is another alien-encounter jam, while “Little Neutrino” is about the smallest of the subatomic particles (“I am someone you’ll never know”). “Doctor Marvello” and “Sir Bodsworth Rugglesby III” portray comic-book-ish adventurers on supernatural quests. 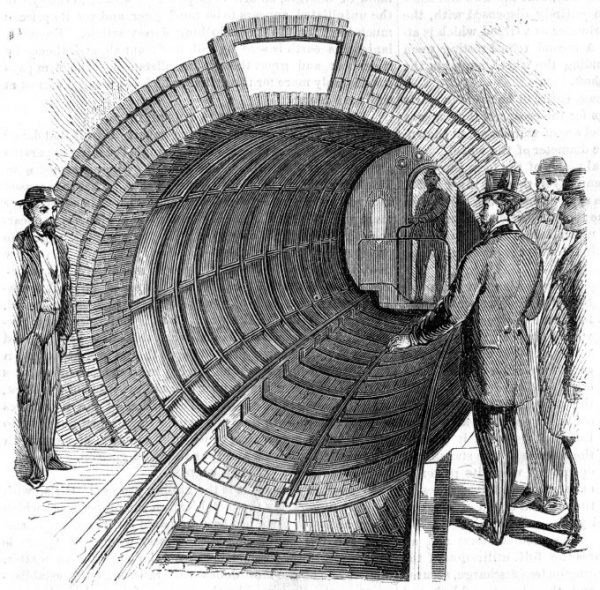 Most geeky of all is “Sub-Rosa Subway,” the true tale of the secret construction of an air-powered subway beneath 19th-century Manhattan (suggesting to some that the Beatles had also secretly reconstructed themselves).

How’s the 8-track? Capitol did a nice job. To accommodate program breaks, they split two of the weaker songs and left the best ones untouched. “True Life Hero” breaks after a false ending, so it sounds like it’s over — it’s quite a surprise to hear it come roaring back after the splice!

Join us next week for another great tape by a very different make-believe Beatles band… a legend that will last a lunchtime. 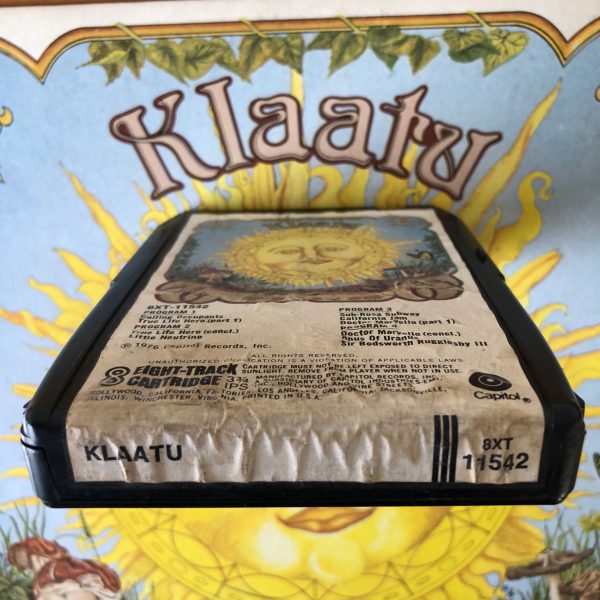