Folk-prog legend marks the end of an era with a spooky hard-rock album — and a buddy and I are there!

In a way, my first Jethro Tull show was the band’s last. I was dragged to their late-1979 concert at Oakland Coliseum by Tull-fanatic friend Ward Ruth. Hearing “Acres Wild” from Heavy Horses on the radio the year before, Ward had been drawn in by Ian Anderson’s “throaty” singing technique. (In that style, it was either Tull or Cat Stevens; I think Ward chose wisely.) 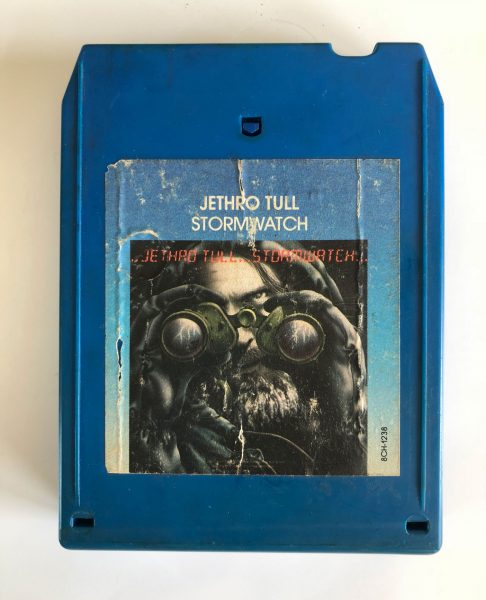 That fall, the iconic UK prog-rock band was touring its twelfth studio album Stormwatch, which wrapped up the informal “folk rock” trilogy that included Heavy Horses and Songs from the Wood. It would also be the last album to feature the “classic” ’70s Tull lineup; the album’s two keyboardists, drummer, and bass player would all be gone by the next year. Though the Jethro Tull band name carried on for decades, this ’79 show was the very last by the epic dream team. So the two nerdy teens from Monterey were seeing a slice of rock history without even knowing it. 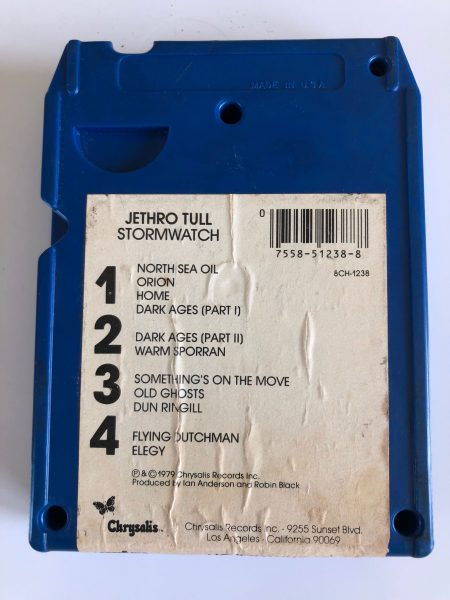 Quite a show it was, too. The band opened with “Dark Ages,” a mini-prog suite that’s probably the album’s highlight. Anderson’s lyrics are a kaleidoscope of troubling Boschian images that prove to be of our own world, maybe moreso 2018 than 1979: “The politicians weep, and mealy-mouthed through corridors of power on tip-toe creep.” (On this fine-sounding 8-track tape, “Dark Ages” is the only song broken, its trippy intro ending one program and its hard guitar riff opening the next with no fade-up.) (Article continues after song…)

As suggested by the frost-bearded sentry on the album cover, the nautically-themed Stormwatch portrays a ship on turbulent seas troubled by greater threats approaching. Though the album has its peaceful moments (“Home,” “Elegy”) and happy times (the Scottish march “Warm Sporran”), doom and the afterlife are everywhere. “Flying Dutchman” conjures the Grim Reaper (“Death grinning like a scarecrow”), “Old Ghosts” evokes a ghoulish atmosphere, and “Something’s On The Move” describes a spectral ice queen moving into cities to claim her flash-frozen victims. The music throughout features Ian Anderson’s stellar flute work underscored by high-energy Celtic rock, the Tull band sounding tighter and more polished than ever. 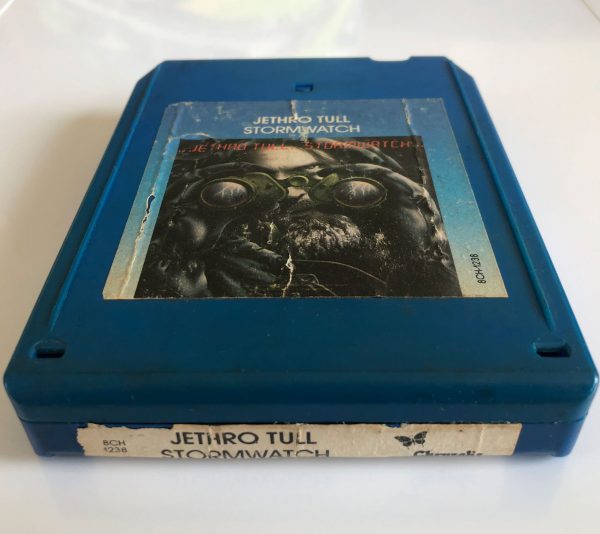 That night “Something’s On The Move,” the last of seven Stormwatch songs that opened the show, led perfectly into “Aqualung” and all the other crowd-pleasers the faithful had come to see. Yet I couldn’t help but wonder: why so gloomy, Ian? Why the sense of impending doom? Many years later we would find out: bassist John Glascock had left the band months earlier due to serious health issues made worse by his hard-partying lifestyle. Perhaps Glascock’s looming fate inspired the ominous tone of Stormwatch. (Article continues after song…)

Glascock did not play on the North American tour that fall. Though Ward and I didn’t know it at the time, the bassist had passed away at home the day before we saw the band in Oakland. In my mind Jethro Tull played with extra passion that night as they bid farewell to the “folk trilogy,” world tour, classic Tull lineup, and friend John Glascock, age 29. Something’s on the move, indeed. 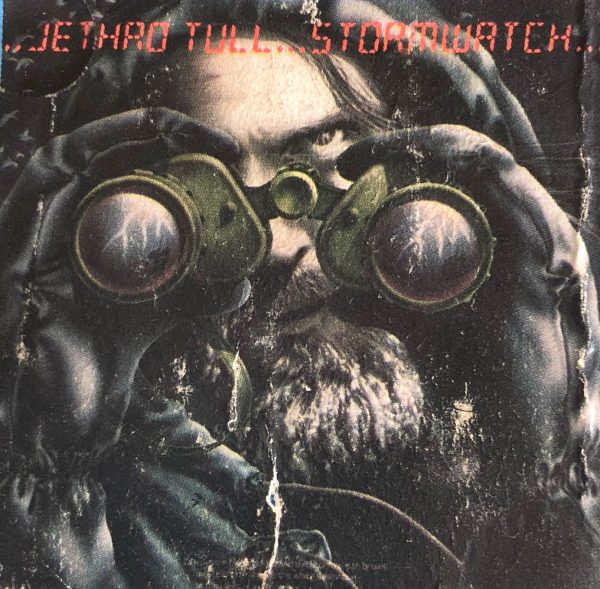