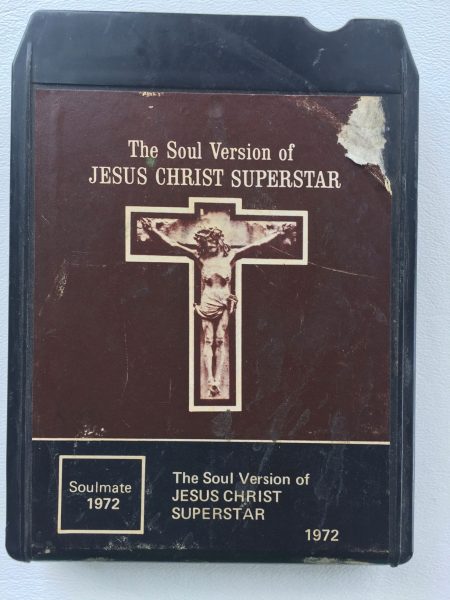 Since it’s Easter week, I thought I’d share an interesting 8-track with a version of the 1970 rock opera Jesus Christ Superstar. This is an all-black reinvention of the mostly-white performance piece, with the rock and orchestral pieces reinvented as gritty R&B, soul, doo-wop, and funk numbers, in many cases radically different from the originals. 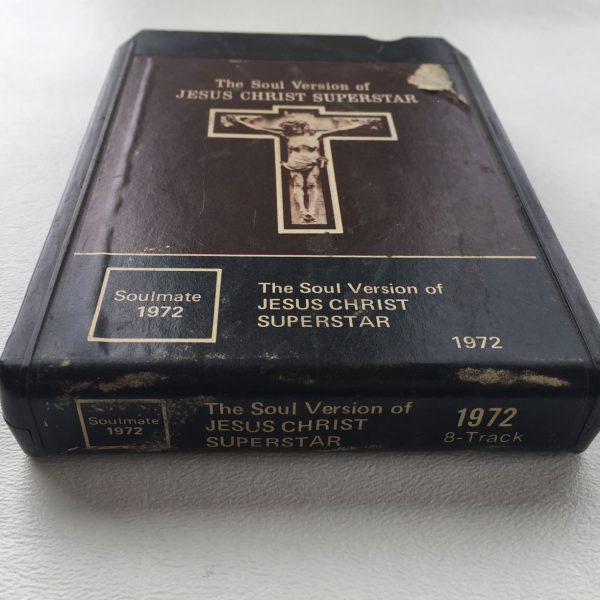 Though “Soul Version” is entertaining and fascinating, it didn’t grow organically out of the black community. Instead, it was the grand scheme of budget-label mastermind Don Gabor, a Hungarian immigrant who’d been cranking out cheapo classical albums for decades on dozens of labels, most famously Remington. He issued cheesy remakes of the musical Hair in 1969 and Godspell in 1973. Between the two came Jesus Christ Superstar, and for that show Gabor attempted to woo the lucrative black audience with his own “Soul Version.” 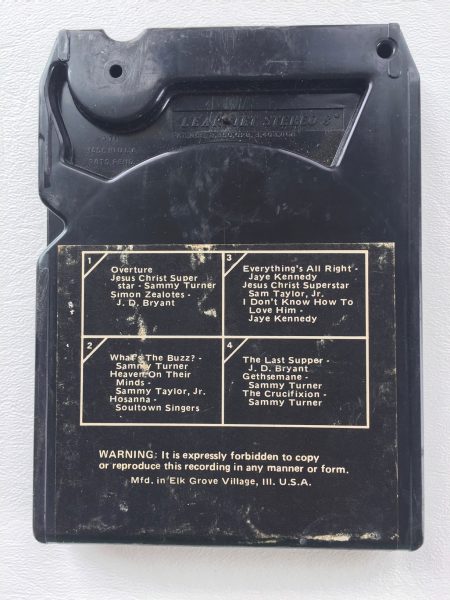 To save money, Gabor didn’t hire any name artists, which wasn’t necessarily a bad thing. In his Allmusic bio of Gabor, cult rocker Eugene Chadbourne says the label boss, “simply by being a cheapskate… lucked into good musicians who had fallen out of demand.” Indeed, “Soul Version…” is fronted by talented black artists who had cut numerous records without becoming stars. Lead among these are Verve veteran Robert Banks, the man behind the funky grooves, and vocal arranger Sammy Turner, who also sings the part of Jesus on the recordings. (Turner hit the Top Ten hit in 1959 with his version of “Lavender Blue.”) (Article continues after song…)

‘Heaven on their Minds’ From ‘Jesus Christ Superstar (Soul Version) (1972)

The concise “Soul Version” album reshuffles the sprawling rock opera, front-loading its remake of the 1969 hit “Superstar” for instant listener satisfaction. Brisk rockers like “Simon Zealotes” and “Heaven On Their Minds” are soul-ified and slowed down, the latter to a late-night torchy blues, while “Hosanna”’s gospel vibe is cranked up a notch or ten. But it’s Mary’s two numbers that are changed the most. The country-pop “I Don’t Know How To Love Him” receives an oldies doo-wop setting a la the Chantels’ “Maybe,” and the bouncy “Everything’s Alright” here gets a gritty, sexy, Tina Turner feel.

With its equal-length programs, the project seems to have been structured to fit the 8-track tape format; LP releases feature only four banded tracks that match the tape sequence. The tape and three vinyl versions all have different art and varying titles, and all came out on different (Gabor-owned) labels. As Chadbourne notes, Gabor “liked to change the designs of record covers once a performance was in release, a way of tricking consumers into thinking they have bought a new record.” Judging from the cover art (the one with the angel), the final release may have been targeted at a white audience, since it came out alongside Gabor’s rock remake of “Godspell.” 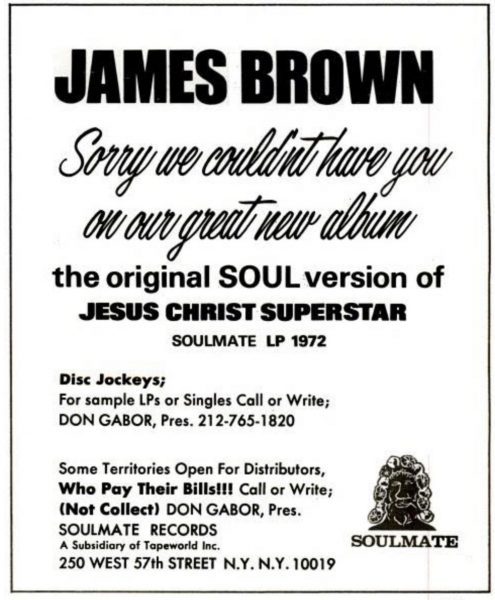 The original 1971 release was marketed in trade magazines with a series of brash and funny ads like the one shown here. A news item promised that Gabor’s label Soulmate would donate proceeds to families of Attica riot victims—in exchange for the black community’s aid in promoting “The Soul Version of Jesus Christ Superstar.” I think canny old Don Gabor saw some pieces of silver from that deal.

If you’d like to hear the whole album (not available in stores!), visit Pop Obscura for its full mp3 streaming, plus cover art and witty commentary.