For some reason I’ve been on a real teen-pop kick this holiday season. Sia’s fine new Christmas record has led me to revisit Hilary Duff’s excellent debut Santa Claus Lane, while Cheap Trick’s amazing 2017 holiday album brought me back to Hanson’s equally crunchy Snowed In.* (Yes, I’ve recorded my own 8-tracks of Duff and Hanson. Stop staring.) Little wonder that I’m also loving Album 4 by the Jackson 5, their hastily titled Christmas Album. 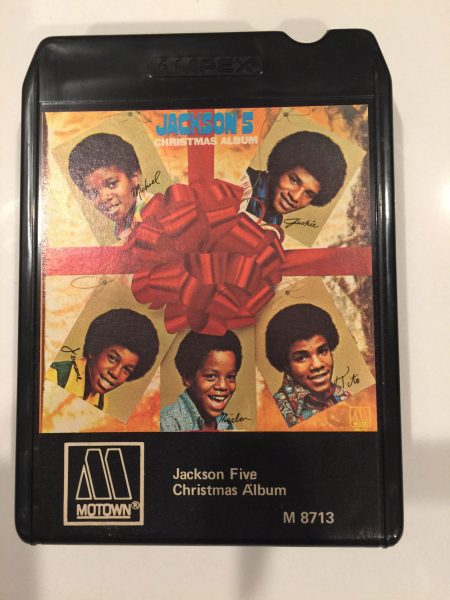 As with the Partridge Family the following year, this 1970 offering finds the band riding the momentum of its recent hit singles, including “I Want You Back,” “ABC,” and “The Love You Save.” Not wanting to mess with success, Motown wisely retained The Corporation, the writing-production team behind those chart smashes, to assemble this holiday disc. The team’s energy is most evident on the album’s featured track, the pounding hit single “Santa Claus is Coming To Town,” featuring a spirited lead by 12-year-old Michael Jackson. Michael gets about half the lead vocals on the album, with the brothers providing smooth group harmonies on the rest.

To my knowledge this is the first holiday release to pay homage to the landmark 1963 album known as Phil Spector’s Christmas Album. J5’s “Santa Claus Is Comin’ To Town” is based on the Crystals’ brisk arrangement (borrowed by Bruce Springsteen, the Pointer Sisters, and countless others), “Rudolph the Red-Nosed Reindeer” borrows the Crystals’ guitar riff, and “I Saw Mommy Kissing Santa Claus” adds new drama to the Ronettes’ cover (“I’m gonna tell my dad!”). 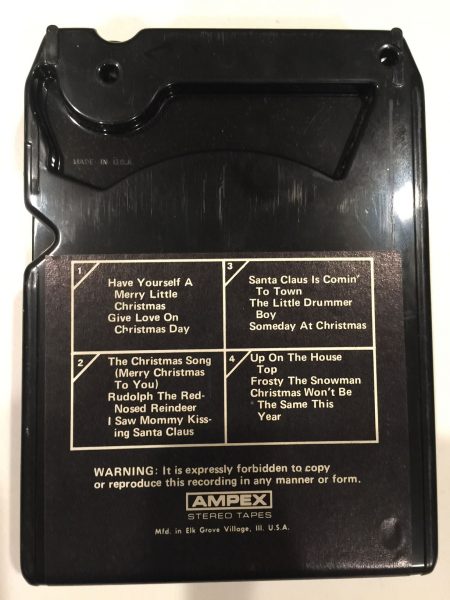 Top marks to the 8-track version of the album, sounding sparkling and warm, providing all the album material without splitting or repeating any songs. I prefer the 8-track song sequence to the LP’s somewhat random order: the tape front-loads all the slow songs (to soothe skeptical grandparents) and builds slowly to “Santa Claus Is Comin’…” midway through the tape (once the grandkids are up and rockin’). 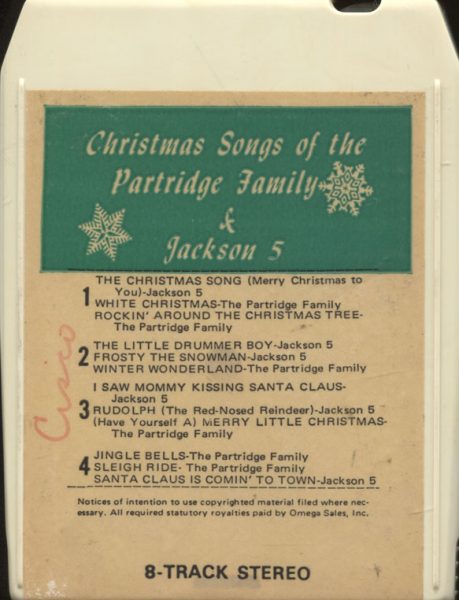 Want a taste of 8-Trackin’s holiday recommendations but don’t have time (or money) for both albums? Enjoy this bootleg release, combining tracks from each! It’s a Christmas miracle!

“Santa Claus is Comin’ To Town” and “I Saw Mommy Kissing Santa Claus” seem to be the evergreens from this album. But two other songs make this tape/LP more than worthwhile, both featuring amusing Jackson interplay. One is “Christmas Won’t Be The Same This Year,” a proto Philly-soul number whose spoken intro has the brothers scolding a bitter Jermaine: “that’s no kind of attitude.” But the lost classic is surely “Up On The Housetop.” Over a driving riff derived from “ABC,” the band sings about gifts Santa will (or should) bring each brother. Marlon asks for “shoes with lots of ‘sole’”… just like this fine, funky holiday album. Happy trackin’ holidays!

* Teen-pop clarification: Yes, I know Sia is 42 and Cheap Trick are in their 60s. We’re talking style here, not age. 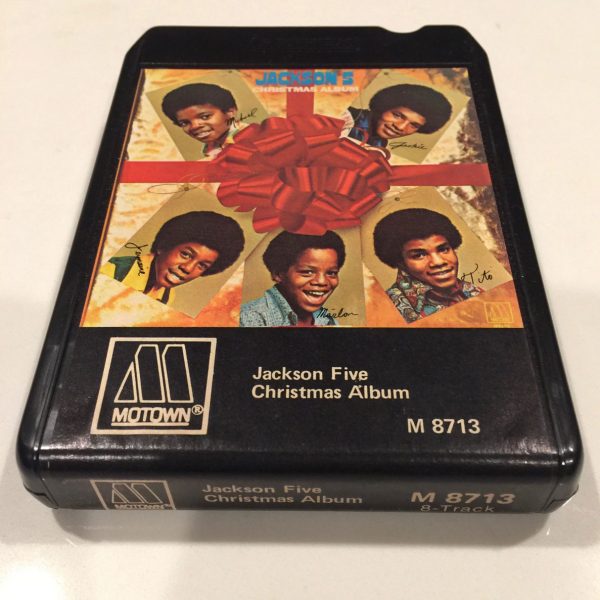