In the wake of David Cassidy’s passing last week, I thought I’d post one more tribute to his career, this time a Christmas offering from his “band” and TV relatives The Partridge Family. This 1971 album, the band’s fourth, represents kind of a turning point for the group — the start of their declining fortunes, sadly. It follows three sparkling and successful LPs and a handful of hit singles released in 1970 and 1971. Not messing with the formula, it features the familiar Partridge pop sound: lilting, undemanding arrangements with quite a bit of harpsichord, generic backing vocals by Ron Hicklin’s group, a slightly rockin’ feel, and David Cassidy’s warm lead vocals on most cuts. 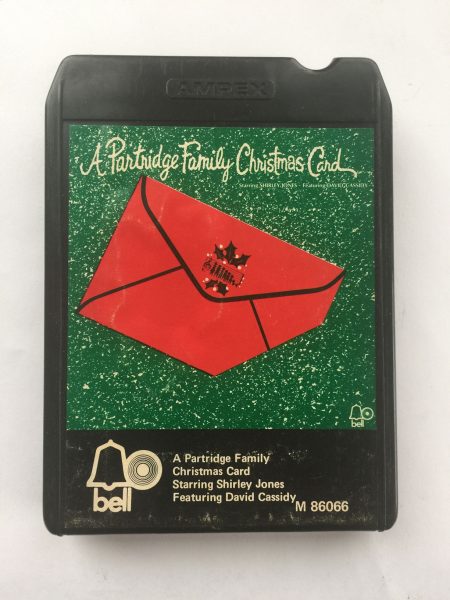 Thematically, A Partridge Family Christmas Card continues the convention of naming records (and styling cover art) after household objects. They’d already given us LPs resembling a photo album, a calendar, and a fan magazine, and would go on with album art inspired by shopping bags, loose-leaf notebooks, and bulletin boards. (Had they continued for a decade, I’m sure we would have seen The Partridge Family Potholder and The Partridge Family Utility Bill.) The original LP release featured a removable greeting card (a photo of the band) inside a custom red envelope. 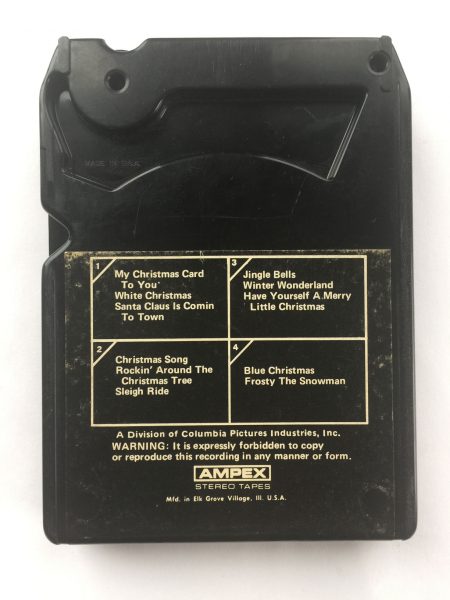 That card inspired a title song (of sorts) for the album, a charming holiday number inexplicably never issued as a single. “My Christmas Card To You” mixes seasonal chamber-pop sentiments (“To you and all your family, your neighbors and your friends”) with a soulful verse that finds Cassidy crafting a musical greeting card: “’Stead of lettin’ the postman bring it / I decided I’d rather sing it.”

And sing it he does! He’s in fine voice throughout the record, rendering a woodsy, “Everybody’s Talkin’” version of “White Christmas” and giving a laid-back, finger-poppin’ groove to a couple standards (“Santa Claus is Comin’ To Town,” “Rockin’ Around the Christmas Tree”). For his sexy teen-idol moment Cassidy borrows “Blue Christmas” from former sexy idol Elvis Presley. He also joins the Ron Hicklin Singers for a “family” number on “Winter Wonderland.” The Hicklins also provide a couple Partridge-free numbers of their own, with singer Jackie Ward (aka Robin Ward of the 1963 hit “Wonderful Summer”) standing in for Shirley Jones as the prominent female lead. 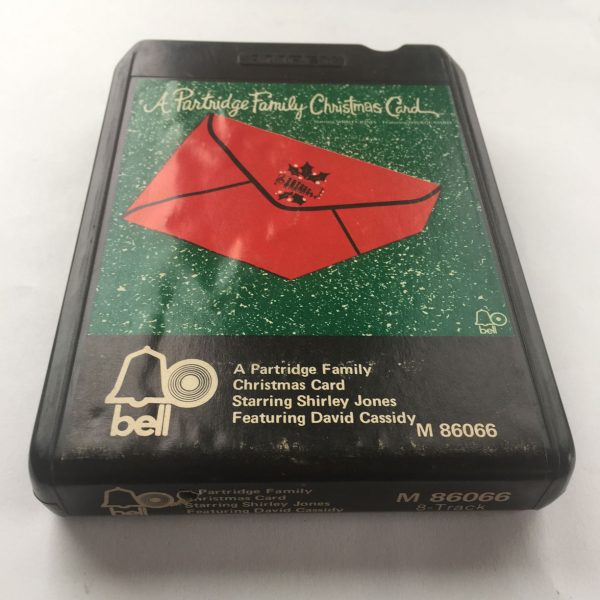 But Jones herself gets a rare Partridge vocal, too, a warm and affectionate version of “The Christmas Song” (you know, “chestnuts roasting…”). (You’ve gotta feel that Shirley Jones got a raw deal with the whole Partridge Family thing. I’m sure they told her, “Hey, it’s got multi-generational appeal. You’ll sing for the grownups, David’ll sing for the kids, it’ll be a blast.” And Shirley had the vocal chops: she starred and sang in Oklahoma!, Carousel, and The Music Man. Letting her belt a few out on the show seemed totally plausible, yet she hardly ever did.) 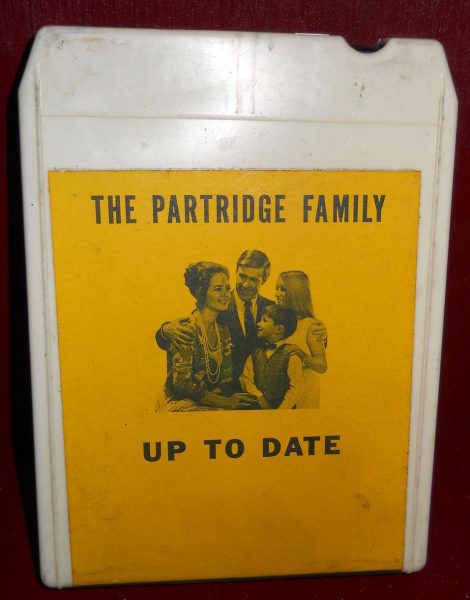 Just for fun, here’s a tape I spotted online recently—a bootleg (eg, rip-off) issue of the PF’s 1971 album Up to Date. Lacking a photo of the Partridges, the bootleggers decided any family would do…

The 8-track version of A Partridge Family Christmas Card is a real treat, with no split songs, no repeated songs, and no long pauses — impressive for an album of 11 songs, which doesn’t divide easily into four. The cart was duplicated by Ampex, who made tapes for smaller labels like Threshold (Moody Blues), Curtom (Curtis Mayfield), and Bell (as here). But, like so many Ampex releases, this cart makes grinding and growling noises as it plays. The cover’s vibrant red-and-green design anticipates Talking Heads ’77 (well, maybe). 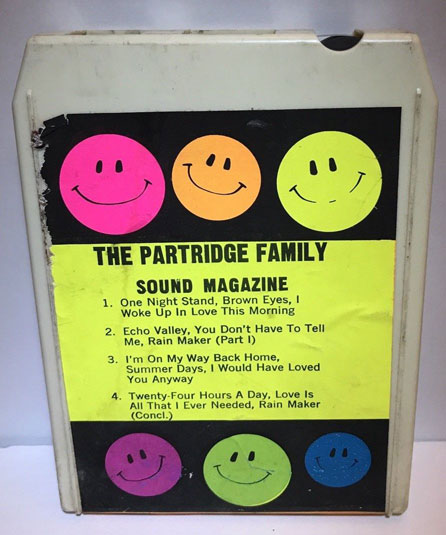 And here’s another album in a bootleg edition, with smiley-face art perhaps inspired by the TV show’s theme, ‘C’mon Get Happy.’

I should mention my second-favorite moment here (after the title track) — a soulful ballad rendering of “Frosty the Snowman,” the only sincere, compassionate reading of the song I know outside of the Cocteau Twins. Frosty’s story is rather poignant, after all, and David renders it with sympathy, perhaps sensing that his own time in the spotlight would be as brief as that jolly, happy soul.