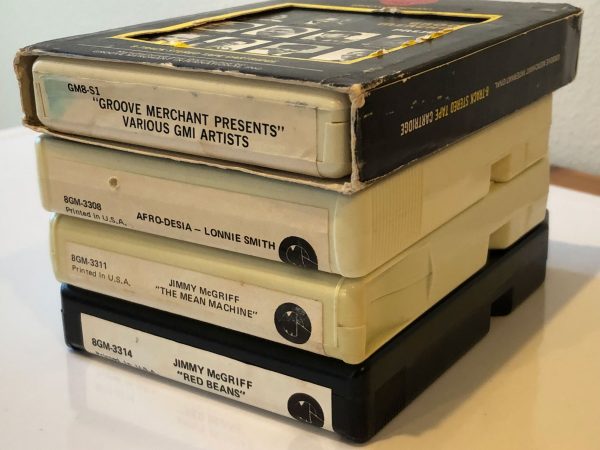 In Beastie Boys Book, Adam Horovitz describes visiting obscure Midwestern book-and-record shops because they “almost always have at least one early ’70s record on the CTI or Groove Merchant labels that I don’t have.” In 1992 the Beasties had cut a tasty instrumental called “Groove Holmes,” named for an organist who’d recorded for Groove Merchant.* Sadly I’m late to learn what the Beasties have known for decades; I only just discovered the cult jazz-funk label last month through a few 8-track finds. Still, no time like the present; let’s jump in and enjoy the Groove!

Various Artists, Groove Merchant Presents (1974): This is a survey of the early years of Groove Merchant, a label founded in 1971 by Blue Note producer Sonny Lester, who had also launched United Artists’ jazz imprint Solid State. 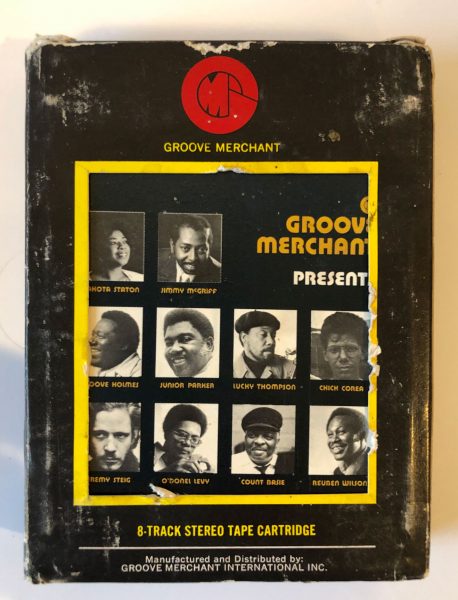 The LP’s flow, well-preserved on the 8-track, moves from past to present to future: it starts with Count Basie swing and a torch ballad from Dakota Staton, moves through ’60s soul-jazz and ’70s jazz-funk, and ends in a dissonant, abstract jam from Chick Corea. Somewhere in the middle is this smokin’ party jam from Groove Holmes himself.

Lonnie Smith, Afro-Desia (1975): Groove Merchant’s roster leans heavily towards sizzling Hammond B3 organists, and Smith is one of them. (Don’t confuse Lonnie with his soul-jazz peer Lonnie *Liston* Smith — different guy.) Lonnie had played in George Benson’s ’60s combo; here, Benson returns the favor by playing guitar, credited only as “A. Friend” due to label conflicts. 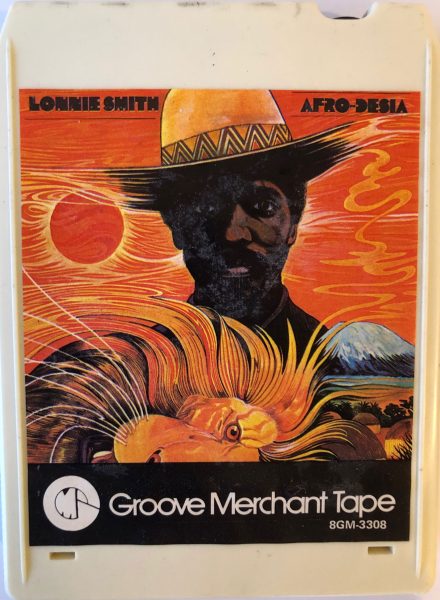 This album opens and ends strongly with atmospheric, expansive, Latin-influenced jams “Afro-Desia” and “Spirits Free.” The other three cuts are fine, but the opener and closer, which resemble the trippy early years of War, are what you need.

Jimmy McGriff, The Mean Machine (1976): Last week I described this album as a “lost Blaxploitation soundtrack,” and I stand by that seven days later. The prominent string section and occasional flute give this collection a very cinematic feel, specifically resembling Isaac Hayes’ landmark score for Shaft. 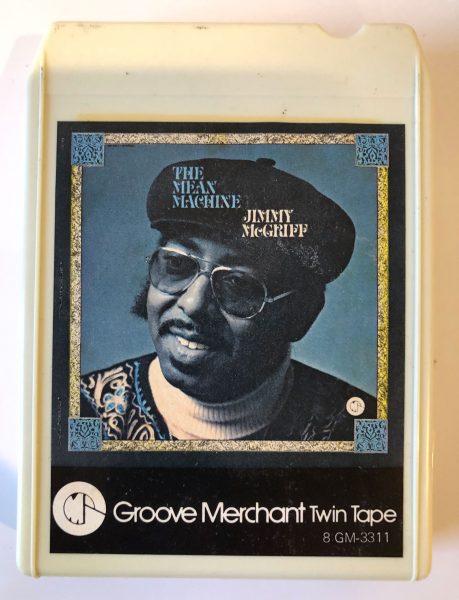 This time out, organist Jimmy leaves the Hammond at home and works out instead on Fender Rhodes electric piano, clavinet, and synthesizer.

Jimmy McGriff, Red Beans (1976): A continuation of The Mean Machine with most of the same musicians, Red Beans sounds at times like a mainstream soul album; “Sweet Love” even features a mixed-chorus vocal. 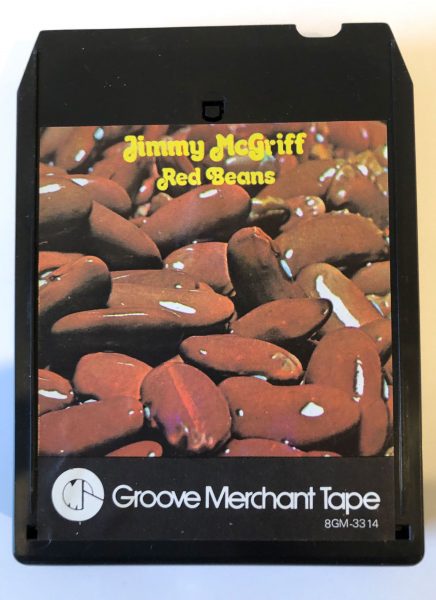 But Jimmy brings the funk with his classic organ work on “Big Booty Bounce,” while on the dreamy, late-night “Space Cadet” he lays out a mellow groove on good old-fashioned acoustic piano.

8-track notes: Because they have so few songs, the Smith and McGriff albums have a couple broken tracks each, but it’s unobtrusive. You can see in the picture that all four tapes have different shell types, indicating that they were all farmed out to different duping plants by parent label Pickwick International (also home to Kool and the Gang’s label De-Lite). My copy of the Smith tape has an unusual duping anomaly: at the end of each program, the start repeats briefly at very high speed, sounding like something from an early Zappa/Mothers album. Like Ad-Rock, I suggest you grab anything you find from Groove Merchant, in any city and in any format. 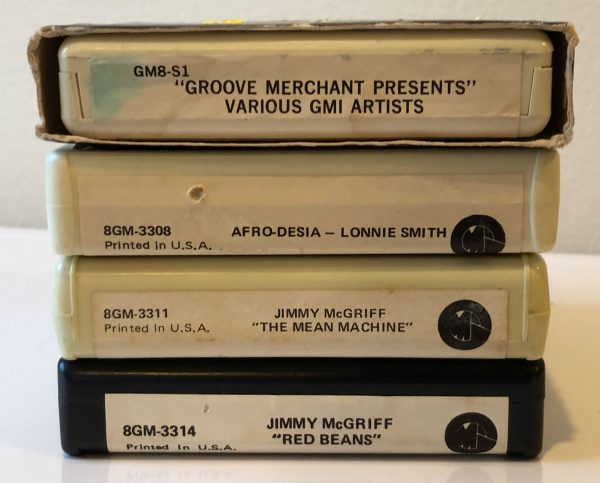