I recently ruffled some feathers in the Facebook “Now Playing” group, in which people post pics of, and offer their thoughts on, albums they’re listening to. I posted a picture of the Stones’ Exile on Main St. cassette and said it sounded rather ordinary. Let loose the Stones fan fury! Long story short, I listened to the vinyl and liked it much better. I’m not much of an audiophile (here I am writing a column on 8-track tapes, after all), but Exile is an album that should really be heard in the best quality you can manage. 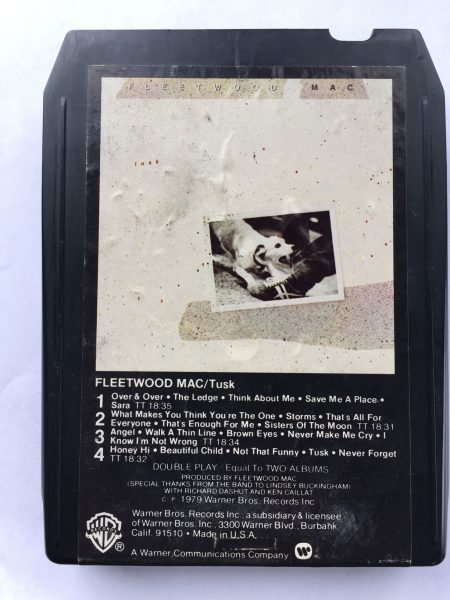 The same is certainly true of Fleetwood Mac’s Tusk, their final album of the ’70s, recorded amidst a haze of chemicals, infidelity, and heartache. (Like Exile on Main St., it’s both an album and the decadent document on the making of an album.) As the followup to the multi-million-whatever smash Rumours, it was bound to disappoint, and in many critics’ minds it did. The pop hooks, hard guitars, and infectious hits weren’t there, all replaced by a series of gentle pop songs seemingly recorded in a medicated fog. After a couple of fine, underappreciated singles (the oddball, tribal “Tusk” and the dreamlike “Sara”), the album slowly faded from view. It sold well but nothing like Rumours, the cash cow that became an albatross around the Macs’ necks.

History’s been kind to Tusk, though, and rock journos and listeners alike have circled back to reconsider its understated, blissed-out joys and ambivalent emotions. Some call it Lindsey Buckingham’s best album — solo or otherwise — but Christine McVie and Stevie Nicks offer an equal number of beguiling tunes. For analog fans, 8-track is a great way to hear the album without having to turn over LP sides. The original Warner Bros. cartridge release sounds fantastic, with crisp definition that reveals the densely layered sound — with no clicks and pops. In a way, Tusk represents the ultimate expression of the Pet Sounds aesthetic — infinite overdubs means infinitely lush. Why layer a guitar part or vocal once or twice when you can do it ten times? 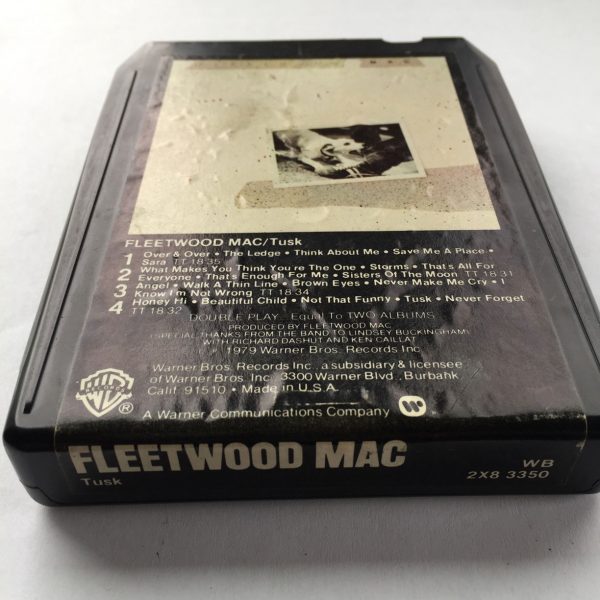 The 8-track retains the original double-vinyl flow pretty well: each program represents an album side, transposing only 3-4 songs to make the programs equal length. If you decide to track down the 8-track, be sure to get the original Warner Bros. cartridge (note the end label); record-club versions lack the fidelity and immediacy of the OG cartridge. And you really do wanna hear all those drum overdubs… real savage-like!