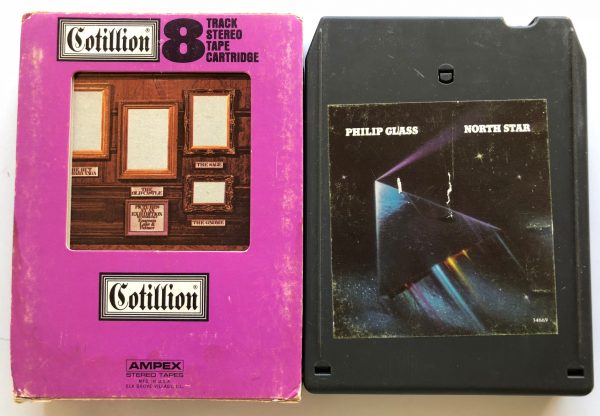 Want to be sophisticated but don’t have the time? Can’t get to the big cities to take in those fancy gallery shows? Now you can enjoy great works of the visual arts in musical form while you drive, work, or relax. Every month Art-Tracks™ brings you important collections of paintings and sculptures in musical form on convenient 8-track tape cartridges. With Art-Tracks™, essential cultural works are as close as your tape deck. Subscribe today and get our first two releases free of charge — much cheaper than a Master of Fine Arts degree!

Did you miss the 1874 showing of Viktor Hartmann’s watercolors in St. Petersburg, Russia? No worries; composer Modest Mussorgsky was on the scene and recreated ten of the paintings in a suite for piano called Pictures at an Exhibition. 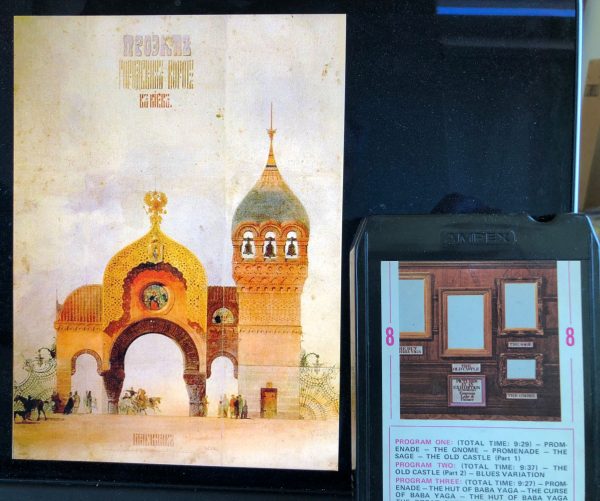 Nearly a century later, prog-rock band Emerson, Lake & Palmer discovered the work and arranged it as a live performance piece. They chose their four favorite “paintings,” embellished them with original material in the same style, and linked it all with Mussorgsky’s stately “Promenade,” meant to suggest strolling a gallery and viewing the artworks. 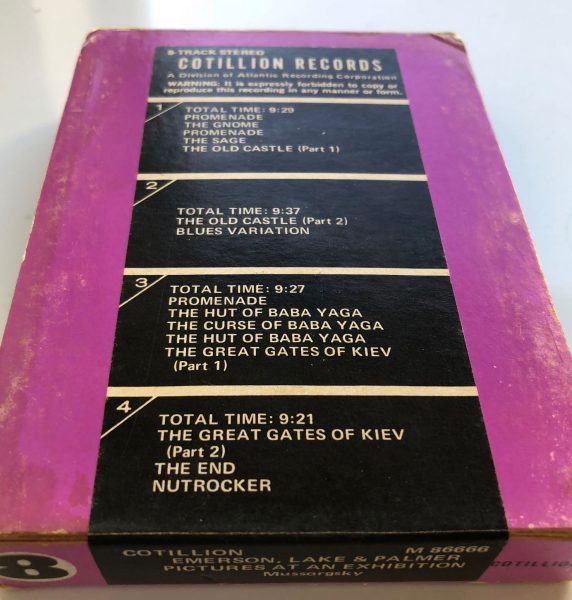 Lake’s delicate acoustic original “The Sage” foreshadows his later works “C’est La Vie” and “Still… You Turn Me On.” Like the Hartmann paintings that inspired them, “The Gnome” is dark and misshapen, “The Old Castle” and “The Hut of Baba Yaga” are grand and imposing, and “The Great Gates of Kiev” (painting shown here) is awe-inspiring. It’s like art for your ears!

Though they have toured, probably NOT coming to a museum near you are the sculptural works of Mark di Suvero — given that they are typically made of steel I-beams, weigh up to ten tons, and can stand 40 feet tall. di Suvero’s astonishing works and astounding technique — he often works alone using welding tools and crane — were captured in the 1977 documentary film North Star: Mark di Suvero. 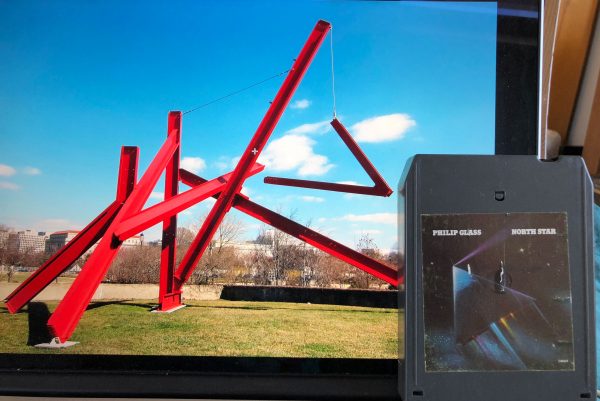 In his score for the film, minimalist composer Philip Glass created short, separate pieces for the nine featured sculptural works (and a tenth track, “Montage”). This soundtrack was issued as Glass’ sixth album, 1977’s North Star, which we are proud to offer in convenient tape format to Art-Tracks™ subscribers. (Regrettably Glass’ first name is misspelled on the 8-track artwork.) 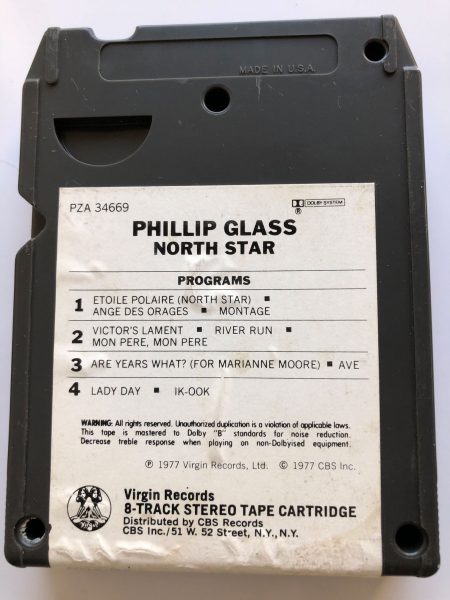 North Star sounds a lot like Glass’ signature work, the abstract opera Einstein At The Beach, which was composed just before this. Like Emerson, Glass trades off on organ and synthesizer, playing his familiar repetitive keyboard figures at lightning speed with subtle variations each time around. A male and a female vocalist sing phrases such as “ee-aa,” “do-si-na,” and “dobba dobba dobba”; sax and flute join in as well.

Appropriately, di Suvero’s jagged “Ik-Ook” is reinvented as a tinny Farfisa piece and the solitary “Etoile Polaire (North Star)” becomes an equally lonely organ and vocal number. The massive, complex work shown here, “Are Years What? (For Marianne Moore),” is met with a Glass interpretation just as intense and overwhelming. With di Suvero’s enormous sculptures scattered across the globe, the 8-track version of his work becomes all the more appealing — and time-saving!

Join Art-Tracks™ today and become a connoisseur of the visual arts while you work and play—through the miracle of 8-track tapes. Next time someone asks if you saw that amazing gallery show, you can say, “No, but I HEARD it!” Thanks, Art-Tracks™!