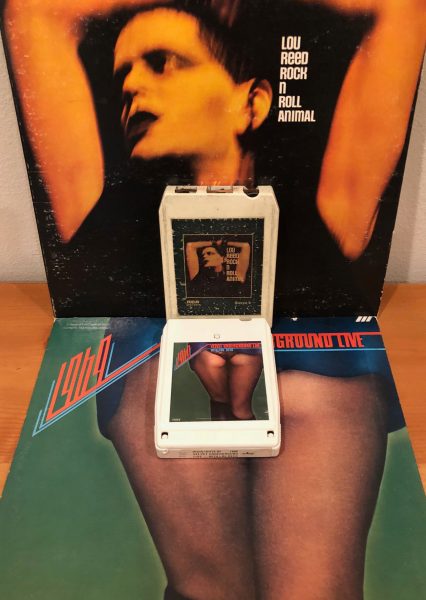 The song: Written circa 1969, Lou Reed’s “Sweet Jane” exists in two markedly different versions that share the same chord sequence and chorus. The early Velvet Underground version issued on the 1969 live album has a slow, thoughtful tempo and abstract lyrics about having a dream and waiting for a loved one.

For the 1970 album Loaded, Lou rewrote the song as a midtempo rocker with more concrete lyrics about a working-class couple that enjoys life’s simple pleasures, not unlike John Cougar’s later “Jack and Diane.” Both versions were recorded with a lilting bridge section (“heavenly wine and roses”) that was spliced out of the Loaded version to make it more commercial.

Velvet Underground version: This charming early take feels more like a sketch than a finished song. Like earlier Velvet Underground numbers “I’ll Be Your Mirror” and “Pale Blue Eyes,” the mood is quiet and reflective. In 1987 laidback alt-rock band Cowboy Junkies did a note-perfect recording of this live take (complete with abstract lyrics and “heavenly wine and roses” bridge) and had a 1988 hit with it. 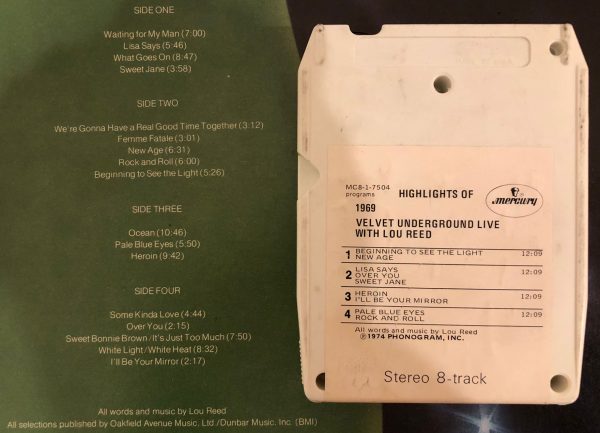 Lou Reed version: While the Loaded version was quite a departure from the 1969 original, this astounding 1973 live take reinvents the song yet again into a true rock epic. It’s prefaced by a three-minute dual lead-guitar introduction that sounds like a glam version of the Allman Brothers. The audience then goes wild as Lou swaggers out on stage as the classic “Sweet Jane” riff begins. Reed sings the Loaded lyrics (“standin’ on the corner, suitcase in my hand”), audibly emboldened by his awesome backing band. The song was always meant to become a rock anthem, and it’s thrilling to hear it achieve that destiny — live on stage, before your ears.

Velvet Underground album: By late 1969 the Velvet Underground was in the process of reinventing itself, having moved out of the shadow of early benefactor Andy Warhol while trying to shed its decadent junkie image. Over the years the playing of the notoriously loose band had gotten tighter, especially with the arrival of bassist Doug Yule. Almost by accident, clean soundboard recordings were made of gigs in San Francisco and Dallas. In 1974 Lou Reed’s management dug out the tapes and issued a double live album to capitalize on Lou’s recent success with Rock ‘N’ Roll Animal, boldly placing Reed’s marketable name on the 1969 Live album cover. 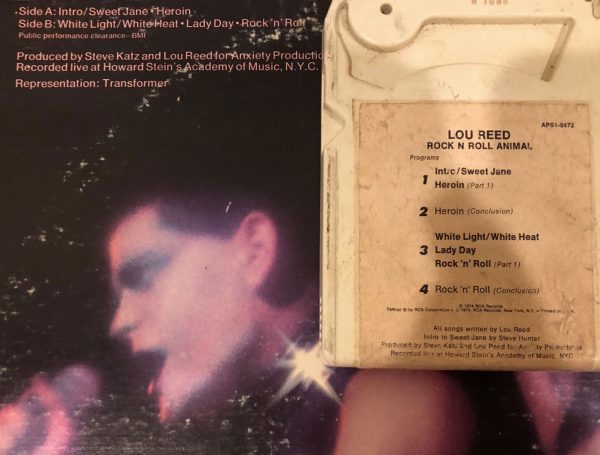 Lou Reed album: In late 1973, a year before releasing 1969 Live, Reed’s management sought to make him a mainstream rock star by elevating his “erratic and unstable punkiness… into punchy, swaggering grandeur by using the best arrangements, sound and musicians that money could buy” (Paul Nelson, Rolling Stone). (Featuring guitar legends Steve Hunter and Dick Wagner, Reed’s Animal live band was so hot that it was soon poached by Alice Cooper.) The album itself is a classic of live rock; tracks such as “Sweet Jane” and “Rock ‘n’ Roll” resonated with a mainstream audience, helping it reach a #45 chart placement and (eventually) gold record status.

Velvet Underground deep track: My favorite from this set is the sprawling, hypnotic, ten-minute “Ocean,” which Reed would revisit on his first solo album. The abbreviated 8-track version omits this and the superb, jammy “What Goes On,” but offers the melancholy love song “Over You,” great evidence of Reed’s underrated talent at writing simple pop songs.

Lou Reed deep track: The album’s highlight is easily the sprawling take on “Heroin,” rock music’s most unabashed love song to a dangerous drug. Yet Reed’s subversive lyric takes a back seat to the breathtaking band performance, really one of the finest live rock recordings ever. The band joyously transitions from very slow to very fast tempos, organ and dual guitars interweaving gorgeously to make this already ambitious song truly epic.

Best version: The ethereal 1969 Live version of “Sweet Jane” led to (I believe) the song’s greatest commercial success at the hands of Cowboy Junkies. But the Rock ‘N’ Roll Animal take is the one for the ages, turning the already tough Loaded arrangement into a thrilling widescreen rock classic.

Best album: 1969 Live is kind of a miraculous release; really strong band performances, well-recorded and issued at a time when the Velvets were unknown to most rock fans. But Rock ‘N’ Roll Animal mixes Reed’s songwriting talent with some of the business’ best players to create a perfect storm of rock brilliance.

Best 8-track: For the reasons above, Rock ‘N’ Roll Animal is the cartridge that belonged in every ’70s rocker’s car stereo and home console. But the 1969 Live tape deserves notice for improving on its original vinyl version by cutting it in half. Actually known as “Highlights Of 1969 Velvet Underground Live With Lou Reed,” the tape offers a less intense journey into the Velvets’ often scary underground while providing some of the band’s strongest material. And its fiery, extended version of “Rock ‘N’ Roll” frankly gives the Rock ‘N’ Roll Animal take a run for its money. 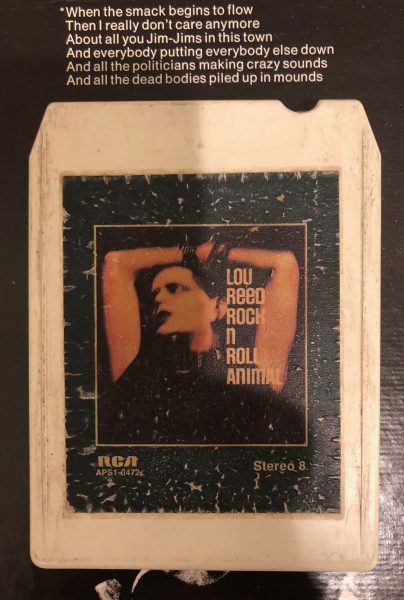 You can read last week’s installment here: Elvis Presley, ‘That’s The Way It Is’ (1970)