The song: The danceable “Street Player” was recorded by two acts from the Windy City, funk combo Rufus (who did the original) and horn-driven rockers Chicago. But the two bands truly shared ownership: it was written as a collaboration between Rufus’ keyboard player David “Hawk” Wolinski (who guested on Chicago’s version) and Chicago drummer Danny Seraphine. 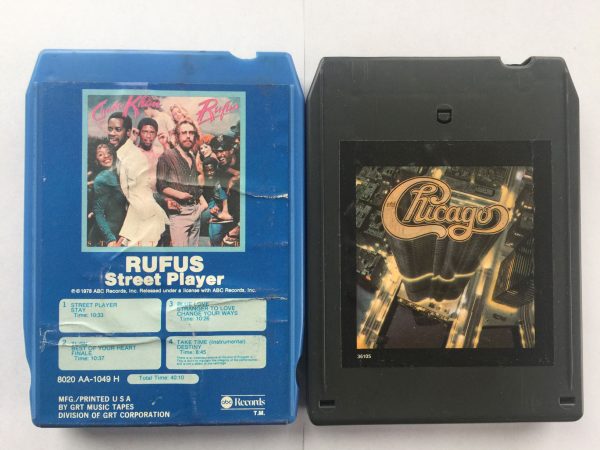 Chicago’s version: Tight, hot, and punchy, this nine-minute epic is a dance record from start to finish. It opens with a catchy new horn riff that ultimately serves as the song’s hook, moreso than the vocal chorus, even. After a percussion breakdown with Rio-carnival feel (thanks to Brazilian player Airto Moreira), the horn parts sneak back in before the rest of the band returns. (Article continues after songs…)

Rufus’ album: The band’s fourth hit album in a row finds star vocalist Chaka Khan singing lead on most songs (she was preparing for solo stardom while maintaining her membership in Rufus). Vocals and playing are strong throughout, though you sense that Khan and the group are longing to cut loose and wail more than they’re allowed to here. I’m sure a live album from this period would have been incredible.

Chicago’s album: Chicago 13 (known simply as “Chicago” on LP and 8-track) finds the band greatly in transition at this point, still reeling from the death of guitarist Terry Kath the year before. His replacement, Donnie Dacus, provides a great single in “Must Have Been Crazy,” though it sounds more like a Joe Walsh Eagles number than Chicago. Elsewhere there are stabs at emulating Journey and Little River Band amidst the earnest Peter Cetera numbers. Less than the sum of its parts. 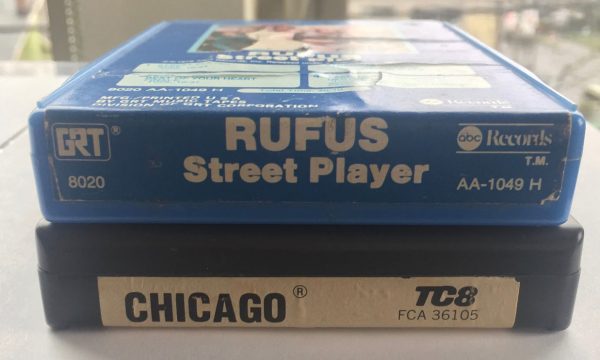 Chicago deep track: There are a few great songs on this record, but I’ll go with “Reruns,” Robert Lamm’s only vocal on the album. Though “Street Player” and “Must Have Been Crazy” were issued as singles, Chicago 13 didn’t really have a hit (their first album that didn’t), and “Reruns” might have done it for them. Though lacking a solid vocal hook, it’s a solid 4/4 cowbell number that allows the horn section to interweave deftly with the rhythm parts, in the manner of great Chicago records. (Article continues after song…) 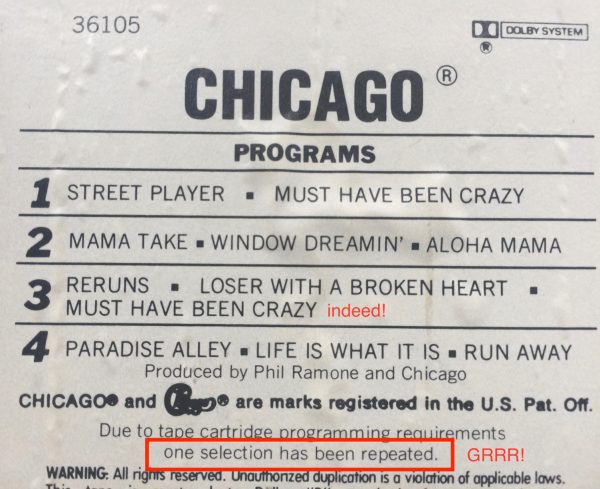 Best version: Rufus’ take on “Street Player” is actually credible: a guitarist singing about playing the guitar. But the song was meant to be a dancefloor monster, and Chicago helps Street Player realize its mighty destiny. Though a flop at the time (#91 on the Black Singles chart), it hit its groove in later decades. Its horn riff and a vocal line fueled the 1995 dance hit “The Bomb! (These Sounds Fall into My Mind)” by The Bucketheads, and the song was sampled in Pitbull’s 2009 jam “I Know You Want Me (Calle Ocho).” 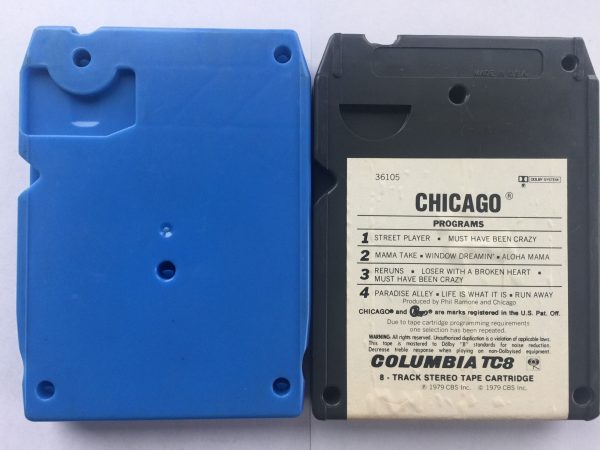 Best album: I’ll go with Rufus. Neither release is truly stellar, but Rufus’ is at least consistent, with good playing, great vocals, and a unified funk-soul feel. Chicago’s album has a few high points but is uneven and unfocused, suggesting a band unsure of its style, mission, or future.

Best 8-track: Here again, the advantage is to Rufus. The LP song sequence is preserved on 8-track, with only one song repositioned. There are no broken songs and only one extended silence, perfectly placed at album’s end. The Chicago 8-track holds three of the best songs until Program 4, at which point you may have already given up. It also repeats a song (“Must Have Been Crazy”) to fill out time — a pet peeve of mine. So get the Rufus tape and the Chicago “Street Player” 12” single, and you’re ready to “play” all night.