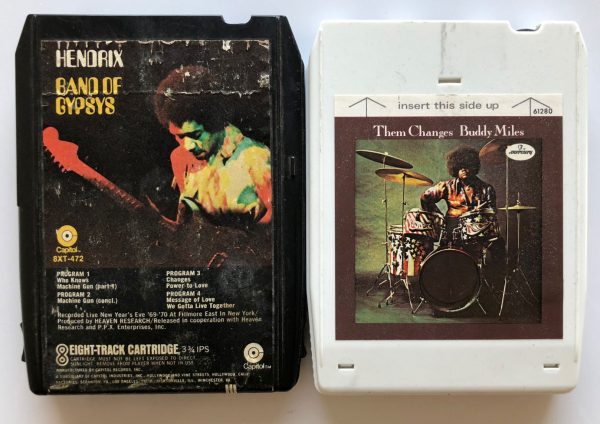 The song: “Them Changes” (aka just “Changes”) is a fast, funky number written by drummer/vocalist Buddy Miles. He sings about how a girl’s departure is putting him through unwanted “changes,” driving him out of his mind and making him “feel just like committing a crime.” Probably the most memorable feature of this solid 4/4 stomper is the manic, driving riff that makes up the song’s chorus. 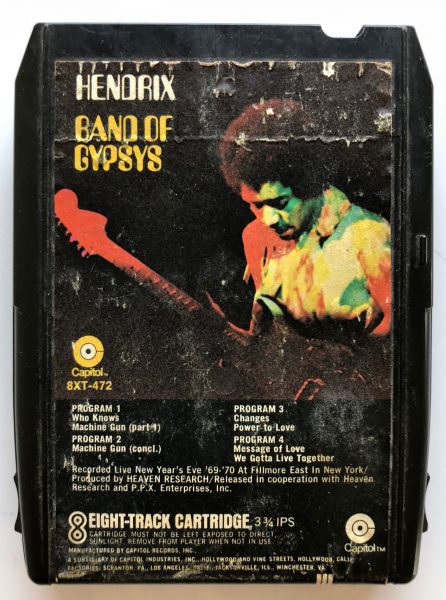 Hendrix’s version: Simply titled “Changes,” the original version of this song was performed by Band of Gypsys, an all-black rock trio formed by Jimi Hendrix after dissolving his former band the Experience. On this five-minute live cut, Jimi plays the chorus groove on guitar, turning it into a monster metal riff; his searing solo that follows lapses into a more mellow exploration. The song evolves into a classic soul call-and-response number with audience clapping and cheers, not unlike the Isley Brothers’ “Shout” (recall that Jimi had started his career touring with the Isleys). “Changes” offers a rare opportunity to hear Hendrix humbly playing and singing backup on another artist’s material.

Buddy Miles’ version: “Them Changes,” the tidy 3:22 single released a few months later, is much more of a gritty soul dance number in the style of Rufus Thomas or Wilson Pickett (Miles had played in Pickett’s band). Here the riff is played by a bold, Stax Volt-sounding brass section. Perhaps as a tribute to Jimi, the track features a hot, fuzz-tone lead guitar break, perhaps played by Jim McCarty of the Detroit Wheels. Jimi was still alive when this remake came out, and it’s easy to imagine him digging Buddy’s soulful new sounds.

Hendrix’s album: To fulfill an old recording contract after the collapse of the Experience, Jimi formed the Band of Gypsys with his Woodstock bassist Billy Cox and Electric Flag member Buddy Miles. After extensive rehearsal, they cut this live album on New Year’s 1969-70; a single of two non-LP cuts was also issued. Having already been crowned the acid king, Jimi relaxes here into a vibe more soulful, funky, and laid-back than on his Experience records. Though Band of Gypsys met lukewarm reception at the time, its effortless blend of rock ‘n’ soul has inspired a wide range of artists since then, including George Clinton, Run-DMC, Phish, Lenny Kravitz, Living Colour, and Chic. 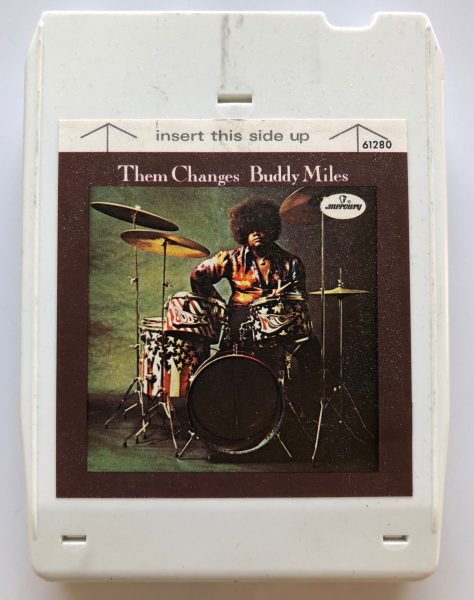 Buddy Miles’ album: After the Gypsys splintered at the start of 1970, Miles contributed to a John McLaughlin project, then set about recording his first solo album, issued two months after the Hendrix LP. At this point, rock and soul were heavily intermingled anyway (think Chicago, Chambers Brothers, Ides of March, etc.). But with its covers of respected soul acts (Otis Redding, Rufus Thomas) and future rock legends (Allman Brothers, Neil Young). Them Changes sounds like a deliberate attempt to fuse the two styles. For his part, Miles jumps easily from the acoustic soft rock of “I Still Love You, Anyway” into the blistering Southern funk of “Memphis Train.” Unexpectedly, the album wraps up with a fast, jazzy organ instrumental that leaves feet tapping and jaws dropped. 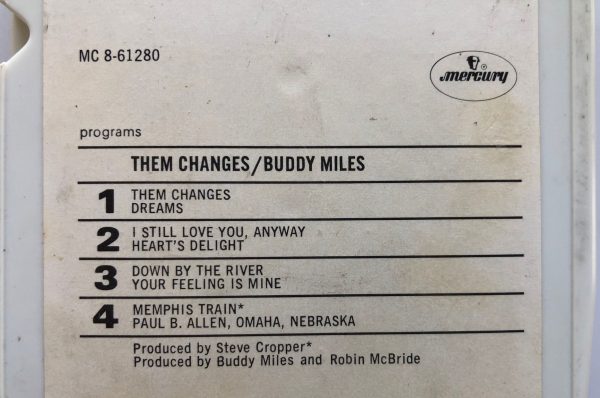 Hendrix deep track: It’s gotta be the twelve-minute anti-war/anti-violence epic “Machine Gun,” a “Voodoo Chile”-style slow blues with Jimi unleashing all his classic guitar sounds and a few new ones. As Miles and Jimi play percussive gunfire beats in unison, Miles pleads on behalf of an unknown soldier, “Don’t you shoot him down… he’s got to stay here.” “That’s what we don’t wanna hear anymore,” says Jimi at the end, referring to the shooting but certainly not the jamming.

Buddy Miles deep track: Though the originals and soul covers are convincingly done, I’m most drawn to the rock remakes. And while “Down By The River” is a stunning take using Neil’s template, I gotta cite “Dreams” as the standout. As Miles reinvents the gentle Allman Bros. waltz as a hard, funky 4/4 jam, “dreams I’ll never see” becomes a statement of black urban woe.

Best version: Much as I love Jimi’s searing take on the “Changes” riff, I’ll cite Miles’ own version as definitive. This great song was just begging to be a hit, and it’s too bad the Band of Gypsys version wasn’t edited and put out as a 45. But maybe that oversight is what prompted Miles to do his own pumped-up soul version. And on the radio, its message of blown minds and broken laws was right in step with its riot-crazed era.

Best album: Band of Gypsys, simply because it’s still unappreciated in spite of its great legacy. Even though it was the final album issued by Jimi during his lifetime, its cooler vibe has been passed over by fans of Hendrix’ intense acid rock. But Band of Gypsys pointed toward a rich new direction for the 1970s, a decade Jimi would only see eight months of. Like Bowie’s Black Star and Zep’s In Through The Out Door, it showed a major rock act discovering a thrilling new sound they were unable to fully explore before their demise.

Best 8-track: We’ll go with Them Changes, simply because its diverse styles and poppier sound make for a better all-around car tape. The Band of Gypsys cart is forced to break the mighty “Machine Gun,” albeit at an unobtrusive point, and the other live cuts all fade distractingly to silence between songs. Them Changes achieves the tricky feat of putting eight cuts into four equal programs without breaking any songs. Plus the top label clearly tells you to “insert this side up,” helpful when your distracted mind is goin’ through them changes.

Going the extra Miles: My 8-track of the Electric Flag’s pre-’70s An American Music Band showed up just as I was writing this review, and it’s right in the pocket of Band of Gypsys and especially Them Changes. When I ordered this tape, I didn’t even know Buddy Miles was in the band. But he’s all over this wonderful rock, soul, psych, easy-listening collection in the style of early Blood, Sweat and Tears, blurring the genre lines and doin’ his funky interdisciplinary thing.