As audiences got hipper in the ’60s and ’70s, easy-listening artists had to scramble to stay relevant and salable. 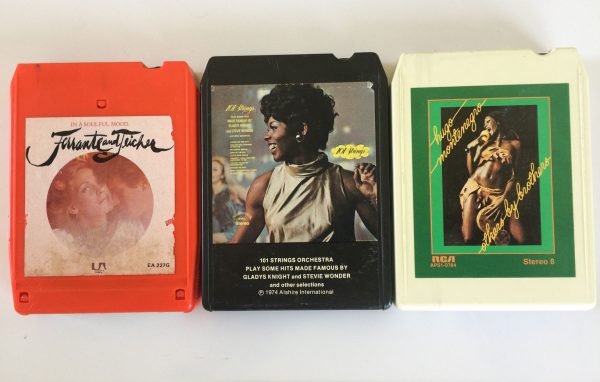 After trying their hand at smooth Beatles covers, the men and women of mellow music jumped into the “now sound” of the psychedelic/hard rock hit parade, often with hilarious results. By the mid-’70s, R&B music was a fixture of the charts, so a few lounge icons decided to get soulful — not always successfully.

Ferrante and Teicher soft-pedal their dueling-piano pyrotechnics on this 1974 release, effectively becoming ivory-tinkling sidemen on their own moderately funky album. In A Soulful Mood could have been called “In A Stylistics Mood,” given that four songs — a third of the album — are covers of the Philly vocal group’s mellow soul hits. (Three Sty songs are grouped together on one 8-track program, so you can either repeat or avoid them as you wish.) Perhaps because it’s produced by Blue Note regular George Butler, the album offers a pair of authentic soul-jazz numbers, “Lady Love” and Donald Byrd’s “Cristo Redentor.” 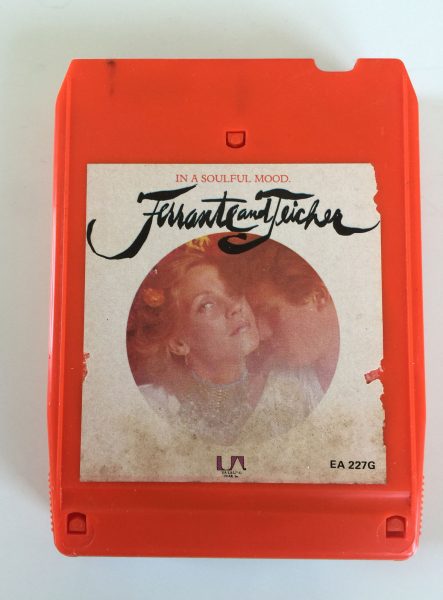 Surprisingly, the Ferrante & Teicher original “Hong Kong Soul Brother” is one of the best cuts here, a pounding, Shaft-inspired anthem that sounds like a lost Blaxploitation theme. Though much of this album is lush, string-heavy muzak, so weak is the duo’s legacy that Allmusic calls this “perhaps the only Ferrante & Teicher recording worth a serious listen.”

101 Strings released over 150 albums in their 30-year career. Cranking out a new album every 2-3 months meant few were given much thought or care; consider the wearied title of 1974’s 101 Strings Orchestra Play Some Hits Made Famous By Gladys Knight And Stevie Wonder And Other Selections. Not ALL the hits, mind you, just SOME hits. The title is sadly accurate; for your dime-store dollars you got two Gladys covers, three Stevie remakes — and five syrupy, soulless “other selections,” some recycled from prior 101 Strings albums.

“Living for the City” and “The Best Thing That Ever Happened To Me” are robbed of any nuance, lilt, or swing, their melodies played in strict 4/4 by musicians who’d seemingly never heard the originals. However, the pounding cellos on Gladys’ “I’ve Got To Use My Imagination” actually achieve some drama, and original “It’s So Exciting” has a hard, funky beat, sadly overdone with bad Broadway horns and strings. It’s the only track here that the cover model might actually dance to; even then, you picture her saying through gritted teeth, “um, WTF are we listening to exactly?” 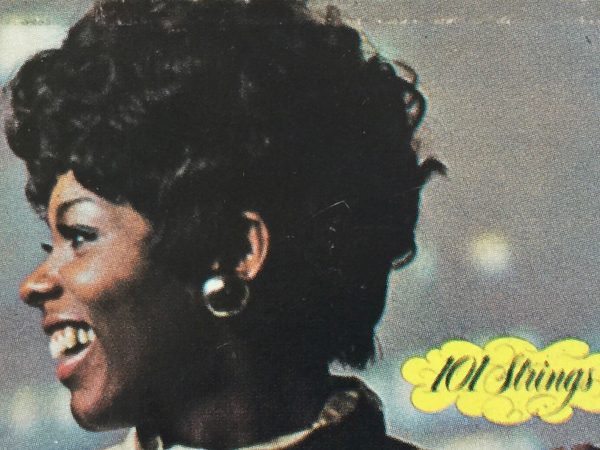 Hugo Montenegro, unlike the other artists here, actually had a little funk in his bloodstream, and he never forgot that music should be fun. He followed up his 1974 Stevie tribute Hugo in Wonder-Land with this cool, lively 1975 soul set. Though the title seems clumsily chosen as a reference to soul music, Others By Brothers also references Hugo’s sibling John, who programmed and likely played the synthesizers. As for the fruit-eating, drum-playing lass on the label, I have no clue (Hugo Mango-Bongo?). 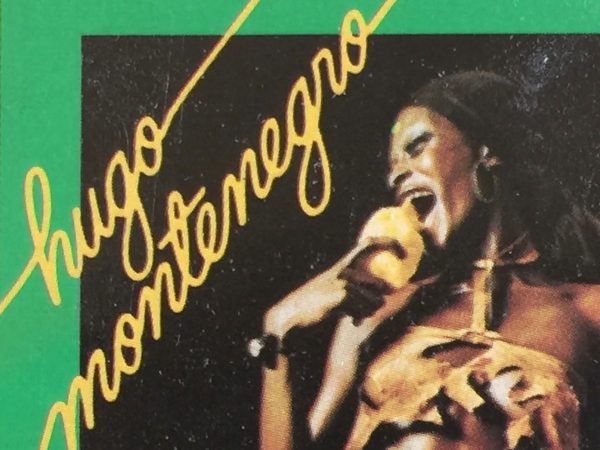 This is basically a jazz-funk set of soul covers with melodies played on twinkling, glassy-sounding synth; the only brass and strings here are ARP fakes rendered by brother John. Surprises on this cool, consistent set include the Hall & Oates “She’s Gone” riff on “Never Can Say Goodbye,” an abstract synth-freakout break on “I Heard It Through The Grapevine,” and the synthesized “uh-oh” hook (a la Van Halen’s “Jamie’s Cryin’”) on “Noah’s Arp.” A bizarro version of “Nothing From Nothing” moves from jazz-waltz into ragtime/Dixieland to a good fake of Billy Preston’s original. Montenegro also covers “Creepin’,” a jazzy Stevie album cut that arrived too late for his previous Wonder tribute. Though the album’s a pretty silly listen, no one would laugh harder with you than Hugo himself: “I know, it’s crazy, right?”

(Footnote: Though these soul tapes are not these artists’ finest hours, they all have albums worth a listen. Ferrante and Teicher went through a brief avant-garde phase in the late ’50s, using mallets and tin foil to get weird sounds from their pianos; check out Soundblast and Soundproof.

101 Strings had some interesting collisions with psychedelic rock, including Sounds of Today and the cult favorite Astro-Sounds From Beyond The Year 2000.

Hugo Montenegro, best known for his hit cover of the Morricone theme “The Good, The Bad and the Ugly,” is beloved for such ultra-groovy LPs as Moog Power and Good Vibrations. Though he passed away in 1981 at just 55, his swingin’ party rages on.) 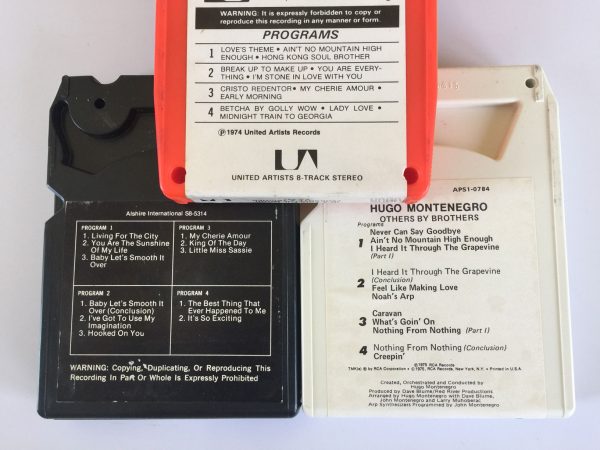