BRUCE SPRINGSTEEN, ‘THE WILD, THE INNOCENT AND THE E STREET SHUFFLE’ (1973) 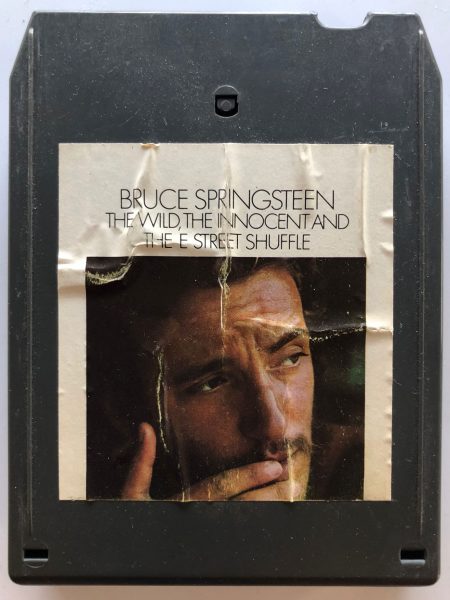 This second Springsteen album is the first to utilize the full lineup of the yet-unnamed E Street Band. (Only two members were available to play on his debut, forcing Bruce to perform all the missing parts.) The band turns out to be magnificent, seemingly able to adopt any existing musical style while helping Bruce craft his unique blend of all of them. I should cite David Sancious’ open, jazzy piano work here, since he would leave the lineup by next album Born to Run. 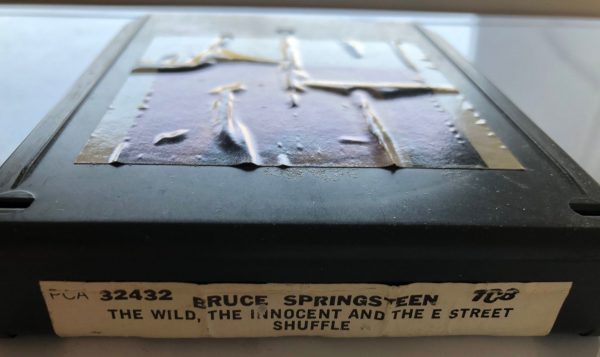 Springsteen is usually thought of as the all-American rock star — a rugged man with a worn Fender and too many encores — but less often as one of our great storytellers. His first seven studio releases are not only rock albums but anthologies of fiction, filled with fascinating, mostly working-class characters having encounters both hilarious and heartbreaking.

Unlike most Springsteen LPs, The Wild, The Innocent and the E Street Shuffle didn’t come with a lyric sheet — a shame, as it’s his first fully realized story collection. Four of its seven songs are written in fiction’s detached, third-person point of view rather than rock’s ubiquitous me-me-me. Bruce’s pensive cover shot suggests man at typewriter more than man with guitar. The album’s seven songs can be broken into three categories: comic (cheeky characters with happy endings), nostalgic (wistful memories of youth), and tragic (doomed characters meeting their fates). Though the LP juggles these styles, the 8-track not only groups them together but sequences the songs from happiest to saddest. 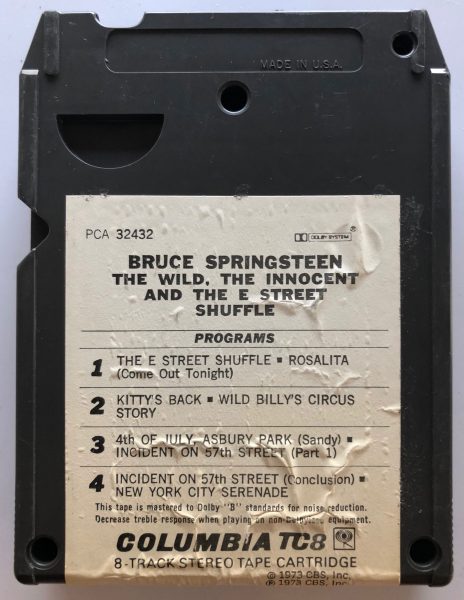 The first three songs on the tape, all urban-set, are comic in nature. Over a restless, funky groove, “The E Street Shuffle” describes lusty streetcorner boys lookin’ for love with local sweetheart/call girl Angel, who tells her randy suitors, “Everybody form a line.” Live favorite “Rosalita (Come Out Tonight)” portrays an innocent Latina girl pursued by an amorous lover who seems to be Bruce himself: “The record company, Rosie, just gave me a big advance.” Springsteen was heavily influenced by the early Van Morrison, and on “Kitty’s Back” he borrows the jazzy, finger-poppin’ vibe of Van’s “Moondance.” The song layers the simple story of a street gal’s return over evocative city imagery (“flashin’ lights that cut the night, dude in the white says he’s the man”).

The two nostalgic songs that follow perfectly portray a cycle of enchantment and disillusionment. As the Tom Waits-ish “Wild Billy’s Circus Story” describes a small town boy’s fascination with a visiting circus troupe, Springsteen lapses into gorgeous prose that’s more literate than lyrical: “The strong man Samson lifts the midget, little Tiny Tim, up on his shoulders, way up, and carries him on down the midway, past the kids, past the sailors, to his dimly lit trailer.” Conversely, “4th Of July, Asbury Park (Sandy)” describes a seasoned young man grown weary of the beach’s carnival amusements: “for me this boardwalk life is through.” Running off to join the circus, then running away from it. Don’t we all.

This takes us to the tragic final songs, two of Springsteen’s longest and most chilling works, which describe doomed lovers striving for freedom. (The theme continues on album outtake “Zero and Blind Terry” and on ‘Born to Run’’s epic “Jungleland.”) “Incident on 57th Street” tells of street thug Spanish Johnny’s brief romance with Puerto Rican Jane, another “innocent,” before the promise of easy money lures him away, perhaps to his death.

The Gershwin-esque “New York City Serenade” relates Billy and Diamond Jackie’s quest for “loot” and equally mysterious fate. To my mind, the couple went to score heroin and used it, in spite of Jackie’s reluctance (“she won’t take the train”), with one or both of them tragically OD’ing (perhaps inspiring Lou Reed’s 1978 “Street Hassle,” which featured Springsteen). The song’s closing lines about a singing “junk man” suggest Carl Sandburg’s poem of the same name, portraying Death as a kindly scrap collector. Or the term may refer to a drug dealer, or likely both. (On the original album, these two songs are separated by the brisk, lighthearted “Rosalita”; on the 8-track, it’s powerful to hear “Incident”’s piano finale edited hard into “Serenade”’s slashing autoharp strums. No comic relief this time!) 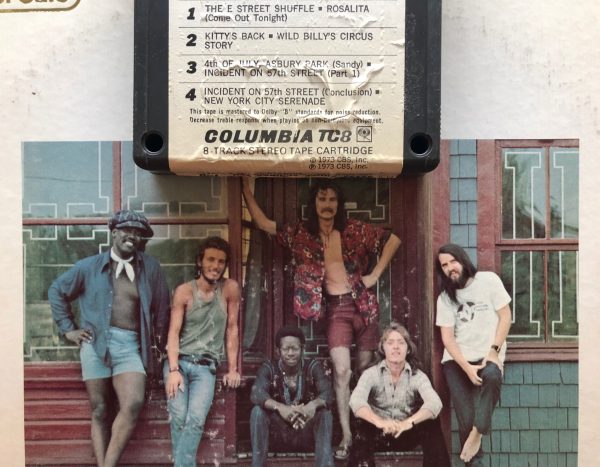 It’s funny that “Wild Billy’s Circus Story” ends with the invitation “All aboard, Nebraska’s our next stop”; on that 1982 album and many others, Springsteen would tell inspiring tales of man’s brightest hopes amidst dire circumstances. But it all started here on this unusually robust sophomore album. Because The Wild, The Innocent didn’t have a hit single (nor any single at all), it tends to be overlooked. Don’t.