The singer: Ben E. King hit a white-hot streak between 1959 and 1961 as lead singer for the Drifters (“This Magic Moment,” “Save The Last Dance For Me”) and then as a solo artist (“Spanish Harlem,” “Stand By Me”). By the early 1970s, though, changing tastes and styles had left him high and dry. Signed once more to Atlantic in 1974, he and the band attempted a funky remake of Peggy Lee’s “Fever” — but things took a weird turn. Singing in a high tenor voice rather than his usual baritone, he conjured a spooky tale of romantic obsession that became “Supernatural Thing (Part 1),” his second and final R&B #1 hit. 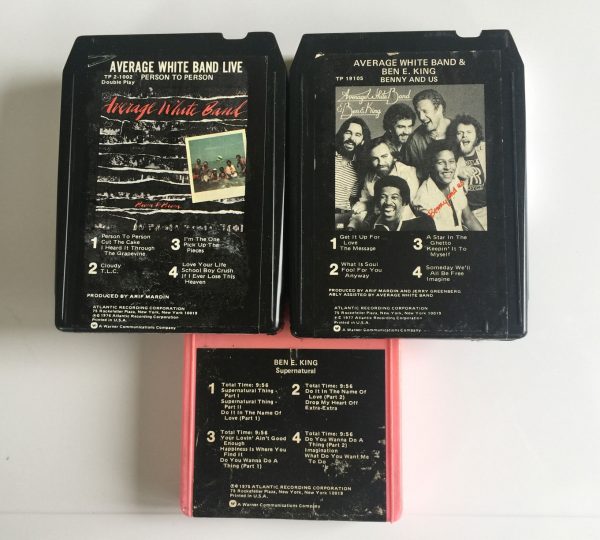 Supernatural (1975): Wisely, the album that followed didn’t stray too far from the style of its hit single. At least three tracks had chunky funk grooves that echoed “Supernatural Thing”; of these, “Do It In The Name Of Love” also managed some minor chart success. This mostly upbeat album also features some Spinners-ish, Philly-soul cuts and one dreamy New York City ballad (“Imagination”). Throughout, the music is energetic without trying too hard, and King sounds like he’s having a blast with this career reboot. (This pink 8-track originally came in a cardboard sleeve with album art, long since discarded. As with many ten-song albums, two songs are broken to accommodate the format, but no harm done.) (Article continues after song…) 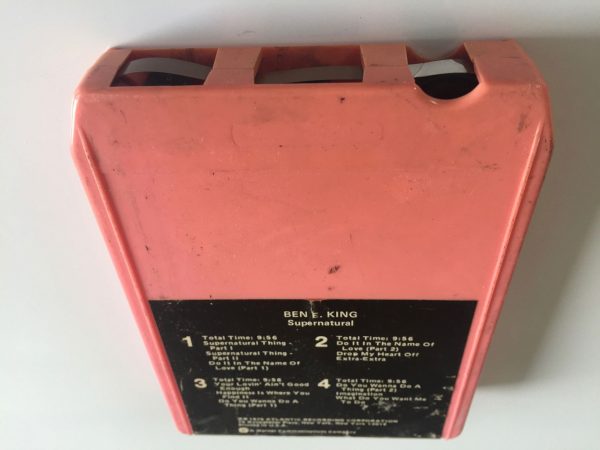 The band: In early 1975, “Supernatural Thing (Part 1)” arrived on the heels of an even bigger funk single, “Pick Up The Pieces” by Average White Band. Scotland’s AWB quickly became a premier American party staple, even bigger in the States than in the UK, and enjoyed modest hits throughout the disco era to follow. Drummer Steve Ferrone would later tour with Duran Duran and Tom Petty & the Heartbreakers, while guitarist Hamish Stuart would collaborate extensively with Paul McCartney. AWB’s grooves have been lifted by Beastie Boys, A Tribe Called Quest, and others, making them one of the world’s most-sampled acts. 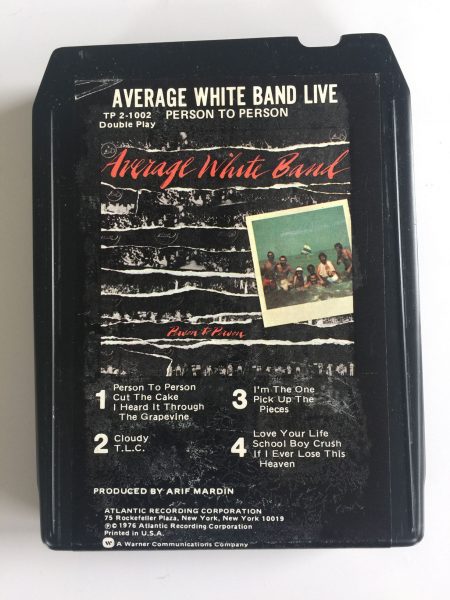 Person to Person (1976): The band was riding high on “Pick Up The Pieces” and followup “Cut The Cake” when they cut this sizzling live double album. (Their Winterland gig in April 1975, a few months before this album’s shows, was the second concert I ever saw.) It’s exhilarating to hear the group stretch their three-minute pop songs into long funk workouts (“Pick Up The Pieces” runs over 18 minutes), and the playing is tight and amazing throughout. Smoldering slow jam “Cloudy” was issued as a single from this album and got some airplay. (The 8-track makes a killer nonstop party tape; incredibly, none of these very long songs are broken over program shifts.) (Article continues after song…) 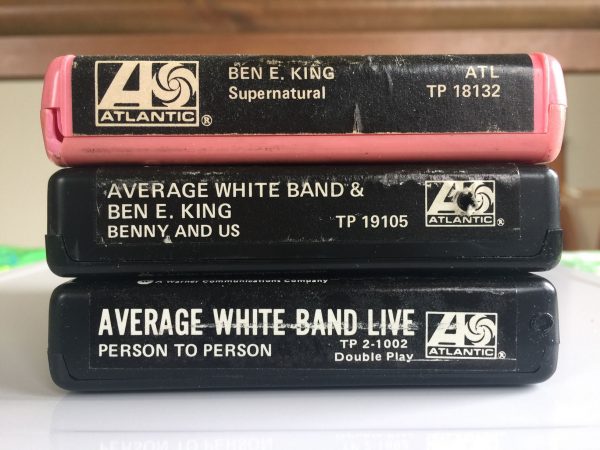 The teamup: At this point AWB’s sound was similar to King’s; “Person to Person”’s live groove closely resembles “Supernatural Thing.” So letting the soul singer front the funk band seemed like a natural idea. Supposedly the acts met by chance in Miami while AWB was catching rays and King was cutting an album. However, I suspect some record-company matchmaking was involved as both artists were signed to Atlantic at the time. 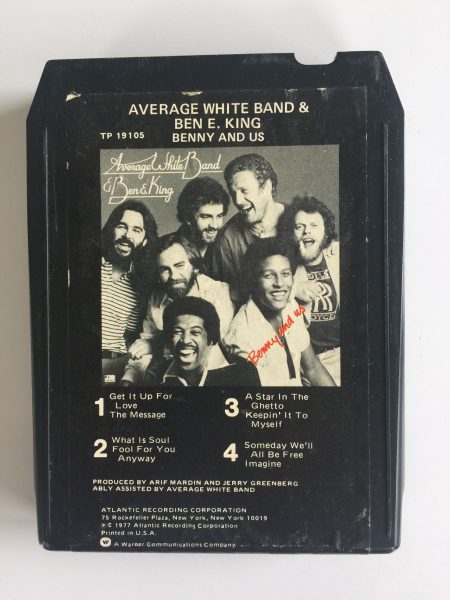 Benny and Us (1977): Not quite a home run, the resulting collaboration is still a very entertaining base hit. Somehow, funk numbers like “Get It Up For Love” (a minor success) and “What Is Soul” fail to satisfy, due in part to tired, generic lyrics (“the message is love, the message is soul”). But King’s storytelling vocals get a chance to shine elsewhere, especially on “A Star in the Ghetto,” an atmospheric number with Blaxploitation feel celebrating hometown success (“If I never make Broadway, then I’m OK”). It’s eerie now to hear the hypnotic, passionate versions of “Someday We’ll All Be Free” and “Imagine,” as Donny Hathaway and John Lennon were already living on borrowed time. (The 8-track frontloads the hardworking funk numbers but lapses into a satisfying mellow groove. Adding up track times, I suspect that “Ghetto” was shortened by about 90 seconds. Still a great tape!) 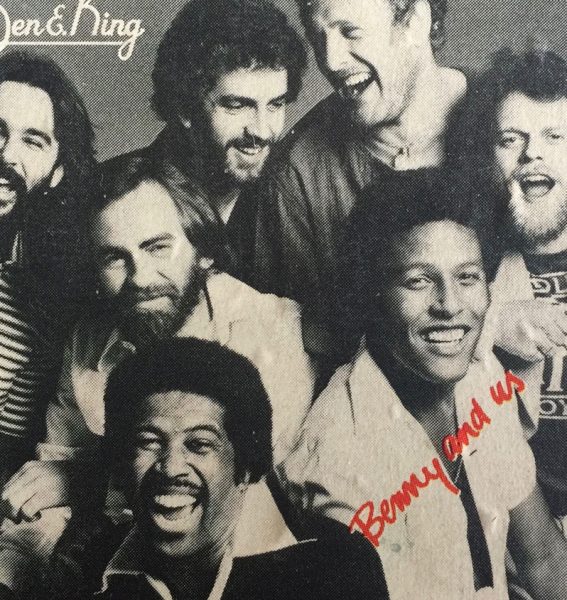