A hit 1972 soul record was sampled in an even bigger 2014 hit—and the strange, minimalist album it yielded made history in its own right.

What’s the album? Why Can’t We Live Together is the followup album to Thomas’ surprise hit single of the same name (which was memorably sampled in 2015; see below). 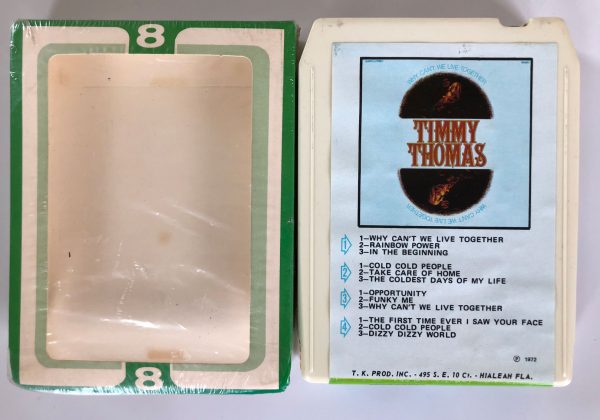 What does it sound like? Thomas’ soulful vocals accompanied by Lowrey organ and its built-in drum machine. There is NOTHING else on this album but beatbox and organ; it’s shockingly sparse and minimalist. (In Turn The Beat Around: The Secret History of Disco, Peter Shapiro describes the single, and arguably the album, thusly: “Thomas sobbing about racial injustice, almost funky organ playing not dissimilar from a jaunty cinema keyboard player, and a spooky bossa nova-ish preset beat.”)

As with the single, the album’s lyrics are entirely concerned with social and racial themes; the only love song (a cover of “First Time Ever I Saw Your Face”) is an instrumental. It’s kind of Timmy’s homebrew version of Marvin Gaye’s What’s Going On. The lonely, one-man feel of Why Can’t We Live Together and its topical themes almost make this more of a folk album than a soul record; it’s certainly close in mood to Bill Wither’s work of the time.

Why did you choose it? I’ve always loved the single but noted that the vinyl LP was very hard to find and expensive when found. So I grabbed a sealed 8-track and was blown away by what I heard. (Article continues after song…)

Is this his best album? No idea, but I’d guess it was Thomas’ most successful; the title track was his biggest hit single.

What else had he done? Prior to this, Thomas had worked as a jazz sideman with Donald Byrd and Cannonball Adderley. He released a few vocal singles, including a cover of the Animals’ “It’s My Life,” performed in a standard soul-combo setting and released on a small label to little success.

How and/or why did he record it? Thomas owned The Denisse Lounge, a nightclub in a Miami hotel, where he performed nightly. One night he happened to improvise the basic groove and chorus of “Why Can’t We Live Together,” which got a powerful reaction from the crowd. A TK Records producer recorded Thomas’ sparse version, intending to overdub it with a band, but wisely realized the song was perfect in its original form. I’d guess that the album was recorded hastily, possibly in just a session or two, soon after the single took off.

What songs would I know? Only the hit title track, though you’ll recognize the tune of “First Time Ever I Saw Your Face” and perhaps the Chi-Lites cover “The Coldest Days of My Life.”

What other songs are good? Though Allmusic dismisses the rest of the album as “forgettable,” I was very impressed. “Cold Cold People” is a song of peer distrust a la “Smiling Faces Sometimes” and “Back Stabbers.” “In the Beginning” is a retelling of the biblical creation myth, complete with homemade sound effects: “Thunder!” (CRASH!). The fast instrumental “Funky Me” was called by one YouTube listener “house music at least 10 years before it was invented.” (Conveniently for club DJ’s, it was the flip side of the hit 45.) 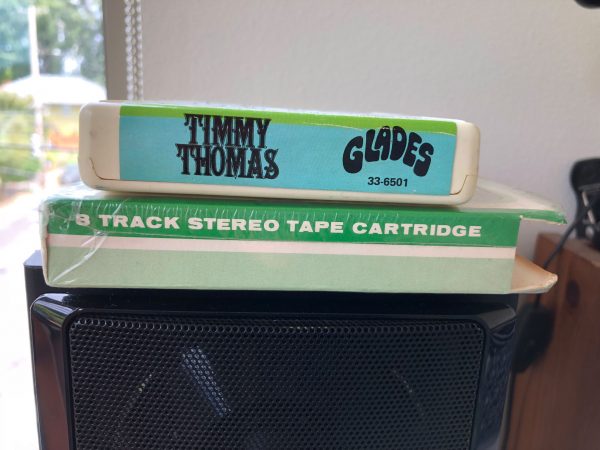 Was the album a hit? The LP reached number 53 on the Billboard albums chart, a decent enough placing for an album with only one hit single.

What’s a cool song quote from the album? “Somebody tell my country / there are some things that are long, long past due / That would bring peace, love, and happiness / To me and to you.” (Guns-vs.-butter anthem “Take Care of Home.”)

Do the title and cover art work? Not really — the retro typeface used for Thomas’ name makes this look like an old-timey vocal-group or country album. (Article continues after song…)

How’s the 8-track version? Sounds great, especially the sealed tape I found (the vinyl copies I’d bought were both pretty thrashed). To avoid splitting any songs (10-song albums are problematic, as I’ve mentioned), two good songs are repeated, the title track and the Chi-Lites cover.

What’s missing on the tape from the LP album art? The album title is omitted from the 8-track’s end label, but there’s little else absent. There are virtually no credits on the jacket, no additional pics, info, or liner notes. Might as well get the tape, honestly.

Is this an old favorite of yours? I’ve loved the single for decades, but the album is a new discovery for me.

Are people still listening to it? At least two guys are, Canadian rapper Drake and his producer Nineteen85. They sampled the beatbox rhythm and organ riff from “Why Can’t We Live Together” to form the basis of Drake’s smash hit “Hotline Bling,” which reached #2 on the Billboard pop charts (the Timmy Thomas single only made it to #3).

What’s some random trivia about this? Wikipedia makes this stunning claim: “It was historically the first record to fully replace drummers with a drum machine.” So whether you love or hate ’80s synthpop and modern EDM (electronic dance music), you have this album to thank for starting it all. 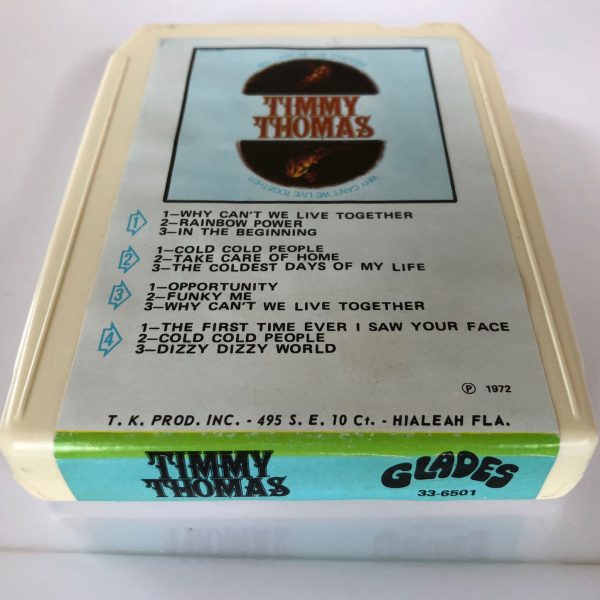 When should I play this album? At the welcome-home party you throw when your buddy gets back from ‘Nam.

What’s another good album of his? I have no idea. I am a fan of his tribal 1977 funk-disco number “Africano,” one of Thomas’ string of modestly successful dance records in the late ’70s-early ’80s. In 1984 he had a minor R&B hit with “Gotta Give a Little Love (Ten Years After),” which appeared on the Bachelor Party film soundtrack.