The album that brought us the giddy global smash “Pop Muzik” accurately predicts the silly synth-pop sound of the ’80s. 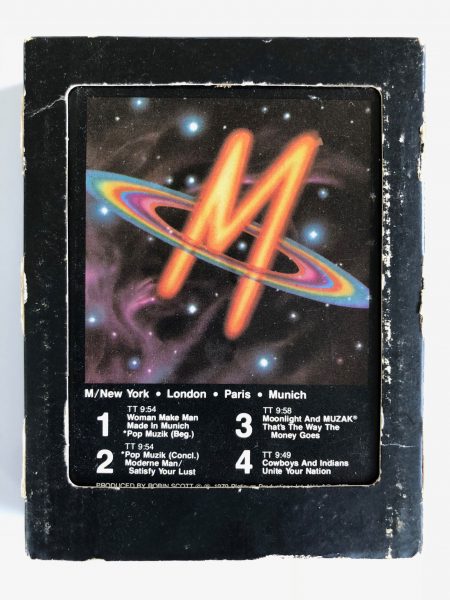 Who’s the artist? M is a pseudonym for British musician Robin Scott.

What does it sound like? New wave meets disco: ABBA meets Devo en route to Duran Duran. The heavily synth-based sound jumps from pop to dance to a kind of quirky ska rhythm, with vocals that bounce between Scott’s nasal utterances and his wife/partner Brigit Novik’s icy singing. The witty, cynical lyrics touch on global commerce, gender, and the music industry while shamelessly stealing from Dylan, Bowie, and Roxy Music.

Why did you choose it? It’s a ’70s album that hints at the ’80s synth-pop sound just around the corner. Another choice would have been Gary Numan’s The Pleasure Principle, also 1979. But I don’t have that tape — it’s super expensive and hard to find — and with its silly, disposable spirit, this M album is more typical ’80s anyway.

Is this their best album? Couldn’t tell ya! According to Allmusic, the followup The Official Secrets Act has a “slightly rockier sound as well as a fair amount of experimental noodling,” though it wasn’t a hit. Two further M albums received sparse or delayed releases.

What else had they done? Journeyman popster Scott had long lingered on the fringes of success, opening for David Bowie and working with Malcolm McLaren and Pete Thomas of The Attractions. Gary Barnacle was UK new wave’s go-to sax player, honking on hits by the Clash and others. Two synth-playing members of M would later form the band Level 42.

How and/or why did they record it? M’s 1978 debut single “Moderne Man” went nowhere, but followup “Pop Muzik” caught fire and MCA Records quickly requested a full album. Scott, his wife, and a cadre of session players cut New York • London • Paris • Munich in Montreux, Switzerland.

What songs would I know? Only one, the global smash and US #1 hit “Pop Muzik.” Over a ska-inflected dance beat, Scott recites lyrics about radio dance hits both celebratory (“Dance in the supermarket / Dig it in the fast lane”) and cynical (“Wanna be a gun slinger / Don’t be a rock singer”). Novik warbles clichéd pop refrains (“shoobie-doobie-doo-wop”) that are still catchy as hell. While mocking disposable pop singles, “Pop Muzik” presents itself as exactly the same thing, becoming a template for ’80s pop’s artificiality and self-referencing skepticism (for instance, Dire Straits’ “Money for Nothing”).

What other songs are good? The whole album’s frankly a hoot, full of catchy music and funny words. String-heavy disco debut single “Moderne Man” (here transitioning into “Satisfy Your Lust”) sounds like a template for ’80s band ABC (“The Look of Love”). Third single and minor hit “Moonlight and Muzak” is a pleasant tale of Scott’s “cold war baby from behind the iron curtain.” And I love the accented ABBA chorus vocals on “Unite Your Nation.” But my top pick would probably be “Made in Munich,” a full-on Euro-disco number with announcer Scott on a PA system exhorting the dance floor that this is “not a disco — a fiasco!”

Was the album a hit? Mostly on the strength of its unstoppable hit single, New York • London • Paris • Munich was modestly successful in the US, peaking at #79.

What’s a cool song quote from the album? Scott’s lyrics are consistently clever: “you can do the left and right when we go and dance all night to victory”; “are you a man or just a machine? An inflatable doll from a magazine,” “pop go the people.”

What’s awesome musically? This was essentially America’s introduction to synthesizer-based pop music (following Giorgio Moroder’s synth-disco productions and his own pop hit “Son Of My Father”). Europe and the UK had heard plenty at this point (Telex, early Human League, Yellow Magic Orchestra, and Ultravox, for instance), but the synth-pop sound wasn’t widely heard in the US until “Pop Muzik.”

Do the title and cover art work? I think so; the floating neon logo in space adds modernism and mystery to the non-band’s allure, and the four-city title (a lyric quote from “Pop Muzik”) represents a global perspective that carries through the album.

How’s the 8-track version? Dammit, they had one job! Alas, the massive global single “Pop Muzik” is BROKEN here, fading for the program shift at the “lions in the street / me me me me” point in the song. At least the longer 5-minute version of the song is used, so there’s plenty of music on either side of the foil splice.

What’s missing on the tape from the LP album art? An inner sleeve showing smoke rising from an easy chair, and the LP back with its four-way Warhol-style portrait of Albert Einstein. You’re not missing much.

Is this an old favorite of yours? I’ve loved “Pop Muzik” for almost four decades but had never heard the album before this week.

Are people still listening to it? Ten years after its first issue, “Pop Muzik” appeared in a remixed form that became a lesser hit. In spite of New York • London • Paris • Munich’s timeless appeal, I don’t think many folks are listening to it these days. But all of us still have that damn single stuck in our head.

What’s some random trivia about this? Uncredited Montreux resident David Bowie contributed handclaps throughout. To confuse everyone, the UK 12” of “Pop Muzik” had parallel grooves that played either the hit or its B-side “M Factor” at random. 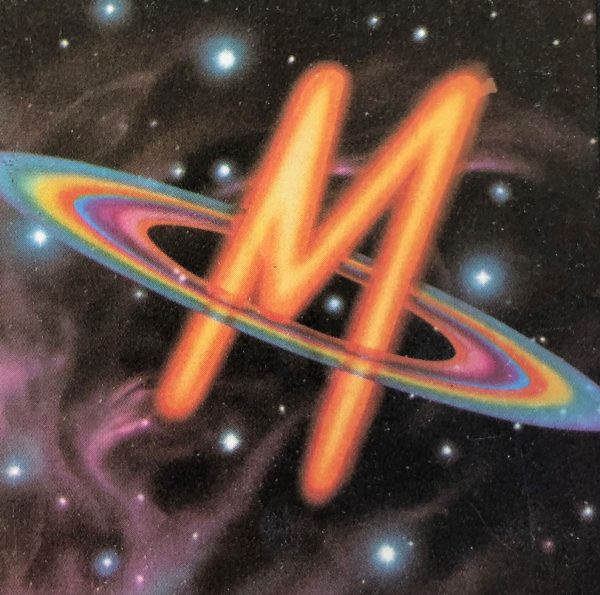 When should I play this album? Packing for a trip to any major global city, preferably one listed in the title.

What’s another good album of theirs? You might give a listen to Emotional DNA, released in 2017 under Scott’s own name. On this agreeable set of pop and adult-contemporary numbers, 71-year-old Scott’s reedy vocals sound uncannily like late-period John Lennon (“I’m Steppin’ Out”) or even Julian (“Too Late for Goodbyes”). Talk about pop music!